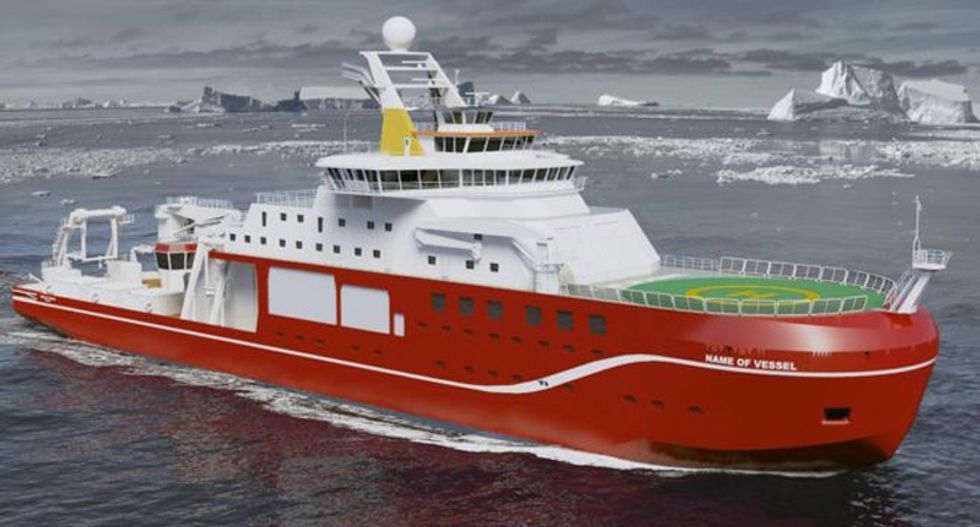 Forget the EU referendum . The major test of modern democracy has fallen into the hands of the Natural Environment Research Council – over the naming of a boat.

As the polls finally closed for the naming of its new polar research ship , the NERC confirmed that the votes were overwhelmingly in favour of RRS Boaty McBoatface.

The suggestion, which sent the competition viral last month, received 124,109 votes, four times more than RRS Poppy-Mai – named after a 16-month-old girl with incurable cancer – which came in second place.

The chief executive of the NERC, Duncan Wingham, with whom the final decision lies, now faces a dilemma between the credibility of his organisation – and its £200m arctic explorer – and the overwhelming burden of public opinion.

If Wingham does bow to the Boaty McBoatface campaign, it will mark something of a departure from previous royal research ships named in honour of arctic explorer Ernest Shackleton and naval officer James Clark Ross.

The name was first put forward by former BBC radio presenter James Hand, who expressed surprise at the furore Boaty McBoatface has caused.

He added: “This is actually nothing to do with me. I made the suggestion but the storm that’s been created, it’s got legs of its own. I just feel it’s a very British thing, which a lot of people have pointed out.”

Hand said while he stands by Boaty McBoatface as a “brilliant name” for the research ship, he actually voted for RRS David Attenborough, which came in fifth with 10,284 votes overall.

Tweeting after the poll closed on Saturday, Hand said it had been “a crazy few weeks”.

The NERC thanked everyone for their suggestions on its website posting: “We are no longer accepting suggestions to name our ship as we have now reached the closing date of 16 April.

“We’ve had an extremely high volume of suggestions and will now review all of the suggested names. The final decision will be announced in due course.”

The research council received more than 7,000 entries during the one-month competition period, including RRS Onion Knight, RRS I Like Big Boats & I Cannot Lie, and RRS Capt’n Birdseye Get Off My Cod.

The Boaty McBoatface saga is not the first time online public polls have gone awry. Greenpeace launched a campaign to name a humpback whale in the South pacific, in an attempt to keep them from being poached by the Japanese. The poll prompted a voting frenzy after Mr Splashy Pants was put forward – and ended up winning 78% of the vote.

Similarly in 2012, soft drinks brand Mountain Dew were forced to abandon a poll to name their new apple-flavoured drink after it was hijacked by message board 4chan who ensured that “Hitler did nothing wrong” won the vote.

The city of Austin, Texas, also learned the perils of public voting after a poll to rename their Solid Waste Services Department ended up with an overwhelming number of votes to call it The Fred Durst Society of the Humanities and Arts after the Linkin Park Singer. Despite an endorsement from Durst himself, the city shunned democracy in favour of Austin Resource Recovery.

The top five suggestions are: