The similarities between Trump support and climate change denial 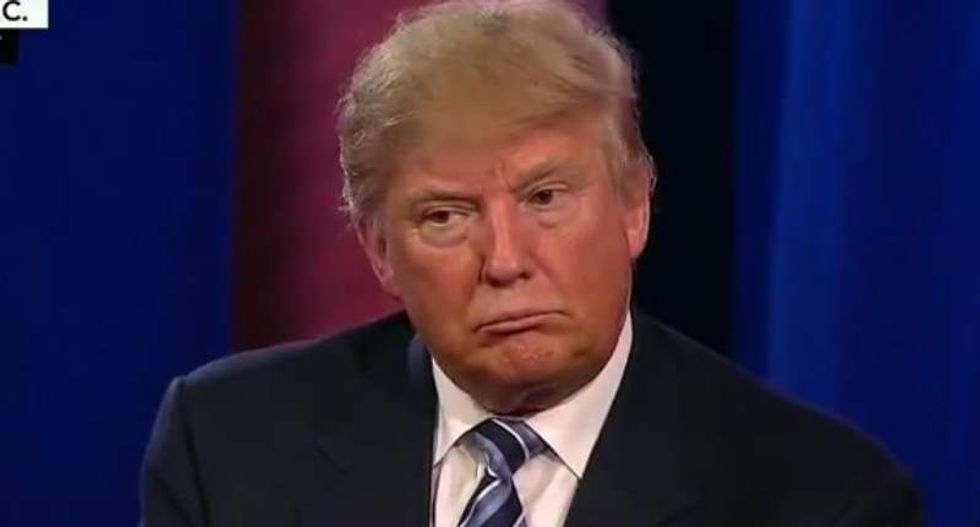 It’s long puzzled climate realists: why do free market supporters oppose free market solutions to climate change? The answer may be related to another puzzling question: why does Donald Trump have such unwavering support among a certain segment American conservatives?

A recent paper by Jeremiah Bohr published in the journal Environmental Politics sought to answer the climate question. As Bohr notes:

Mainstream policy responses seek to utilize market mechanisms in an effort to minimize costs for major emitters of greenhouse gases. Presumably, this should win over some climate change deniers who align themselves with think tanks promoting free markets and economic growth. Yet, climate change deniers and free-market activists are as staunchly opposed to market-based climate policy as they are to any other form of climate mitigation.

Bohr looked through issues of the Heartland Institute’s Environment and Climate News newsletter. He found that about 75% of Heartland’s articles denied climate science, usually by exaggerating uncertainties, or by presenting the evidence as junk science. About 6% argued that climate change will be beneficial, and 39% argued that climate policies will do more harm than good, usually claiming that they’ll hurt the economy.

Among the latter group, 51% characterized markets as inherently efficient, self-regulating, and generative of wealth. Heartland views any tampering with the market as bad for the economy. As Bohr describes it:

In these newsletters, deniers harness the image of efficient self-regulatingmarkets to argue that regulatory policy itself is counterproductive to thegoal of climate change mitigation. Rather than mandating compliance with environmental performance standards, deniers argue that voluntary action from the private sector will more efficiently produce pro-environmental outcomes ... Neoliberal climate change deniers elevate unregulated markets to an almost mystical level impervious to long-term failure. By definition, they view markets as self-correcting.

In other words, they believe the problem will solve itself through the magic of the free market.

In another 40% of their climate economics articles, Heartland argued against climate policies by exaggerating their costs. These claims are disproved by real-world examples in places like British Columbia and California , where economies are thriving alongside carbon pricing policies. This is why there’s a 95% consensus among economic experts that we should cut carbon pollution .

Climate change is a market failure

Aside from the real-world examples, these arguments are also disproved by basic economics. If products have a cost that isn’t reflected in their price, that’s known as an “externality” and is a classic market failure. This was clearly articulated by Nobel Prize-winning economist Paul Krugman :

consumers are paying much too low a price for coal-generated electricity, because the price they pay does not take account of the very large external costs associated with generation. If consumers did have to pay the full cost, they would use much less electricity from coal — maybe none, but that would depend on the alternatives.

At one level, this is all textbook economics. Externalities like pollution are one of the classic forms of market failure, and Econ 101 says that this failure should be remedied through pollution taxes or tradable emissions permits that get the price right ... So if you really believed in the logic of free markets, you’d be all in favor of pollution taxes ...

Today’s American right doesn’t believe in externalities, or correcting market failures; it believes that there are no market failures, that capitalism unregulated is always right. Faced with evidence that market prices are in fact wrong, they simply attack the science.

This is exactly what Bohr’s research revealed. Accepting the reality and consequences of human-caused climate change leads to policies that make consumers take its costs into account, forcing “businesses to serve something other than the interests of their clients, communities, or stockholders.”

In their 2011 paper “ Cool Dudes ,” McCright and Dunlap identified conservative white males as the predominant climate-denying group in the United States. A 2014 survey additionally found an age gap in climate science denial: 61% of Republicans under the age of 50 support climate regulations.

This can largely be boiled down to what social scientists have described as “ the white male effect ,” in which white men tend to be the group least concerned with risks, generally because addressing risks would require changes that would disrupt the status quo. Nobody has benefited more from the status quo in America than old, white, conservative men.

Ultimately, climate denial originating from free market think tanks stems from this desire to maintain the status quo. Many old, white, conservative men believe that unfettered free markets solve all problems, because they’ve benefited that group the most.

It may not be possible to convince this group to accept the market failure we’ve created through a lack of carbon pollution pricing. This belief may be as unwavering as their support for Donald Trump, because it similarly stems from their ideological worldview, not from evidence or facts.

However, while this group wields disproportionate influence, old, white, conservative American men are a small and dwindling population. While they may account for a plurality of Republican primary voters, that’s the full extent of their reach .