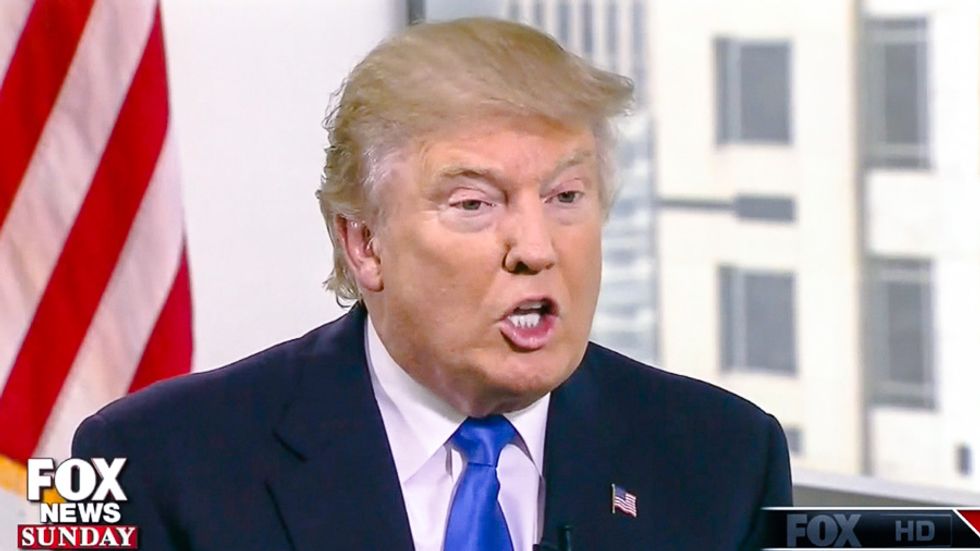 For months, all Donald Trump was doing was winning. But it turns out those wins didn’t mean all that much.

The Republican frontrunner has won 21 states so far in the Republican primary but it has slowly dawned on Trump’s campaign in recent weeks that nearly all of those races were just glorified beauty contests, and that winning the most votes in a state primary may be an accomplishment as valueless as a framed degree from Trump University.

Delegates at the Republican National Convention elect the GOP nominee for the presidential ticket and often those delegates aren’t chosen by popular vote. Smart political campaigns, though, have long built delegate operations to prepare for contested conventions. In contrast, Donald Trump has only just started building one in recent weeks and his failure could cost him the Republican nomination.

For months, Trump has coasted by with a campaign based on earning media coverage with minimal grassroots organizing. He holds big rallies that draw crowds of thousands before primary elections and then leaves the state. This means that delegate selection, which usually happens in a series of party meetings after a primary election, has been neglected by Trump’s campaign.

In recent weeks, Trump has tried to turn things around. In March, the New York billionaire brought onto his campaign Ed Brookover and Brian Jack – two former top operatives from Ben Carson’s rival campaign for the presidency. Despite the many flaws of the pediatric neurosurgeon’s presidential bid, Carson ran a delegate-savvy campaign. Adding to the team, veteran Republican operative Paul Manafort became Trump’s national convention manager last week, bringing with him invaluable hands-on experience of successfully navigating a contested convention in 1976. But building an effective delegate operation takes months, not weeks.

The clearest sign of Trump’s failure has been his meltdown on Twitter after Ted Cruz swept the state of Colorado on Saturday, and picked up delegates in party conventions in Iowa, South Carolina and Virginia. Trump began by complaining , “I win a state in votes and then get non-representative delegates because they are offered all sorts of goodies by Cruz campaign. Bad system!”

It’s worth noting though, that in Iowa, for example, the Trump campaign never even bothered to explain how the delegate process works to supporters. Trump voters were simply told to show up to caucuses and cast a presidential preference vote – where they check a box next to the name of the presidential candidate of their choice – and were told that they could then leave, without any mention of delegates. But in Iowa, attendees at precinct caucus first cast their presidential vote and then can choose to stay and elect delegates to a county convention. County convention delegates then elect the delegates to congressional districts and state conventions, which is where the representatives to Cleveland are chosen.

Trump then went on to complain in particular about Colorado, which is one of three states where there is no presidential preference vote. Like many other delegates, Colorado’s delegates are elected in a series of party elections, starting at the precinct level and eventually selecting national delegates at congressional district and state conventions. However, the lack of a preference vote means under current RNC rules, the state’s delegates cannot be bound for even one ballot.

Trump has raged on Twitter that: “The people of Colorado had their vote taken away from them by the phony politicians. Biggest story in politics. This will not be allowed!”

He also went on television to complain: “there was no voting. I didn’t go out there to make a speech or anything. There’s no voting.” This statement is factually incorrect. There was voting via a process open to all registered Republicans. Further, Trump was scheduled to make a speech in Colorado but cancelled at the last minute. Instead, Trump’s campaign failed to organize in the Rocky Mountain State. His state director was hired only days before the state convention and the campaign’s literature was riddled with errors.

Trump amplified this argument in a rally in Albany on Monday night where he insisted “the system, folks, is rigged. It’s a rigged, disgusting, dirty system” and said “we found out in Colorado this is not a democracy like we’re supposed to have”.

The crux of Trump’s argument seems to be that this is somehow a coup by party bosses to deprive him of the nomination. Instead, it’s simply how the system has always worked.

Related: Democratic and Republican voters: do you feel disenfranchised?

In the past few decades, these delegates have been have abided by the will of the voters only because they had no alternative. In the pre-Citizens United era, campaigns would run out money and eventually a presumptive nominee would emerge. The first hint of how this changed was in 2012 when Ron Paul supporters maneuvered to take control of state delegates in Tampa. The goal there was not to elect Ron Paul as president, but simply to give the libertarian icon a more vocal role in the party and plant a battle flag. It was in response to this that the RNC mandated then that delegates be bound on the first ballot in those states where voters registered a preference. These changes were meant to ease things for a frontrunner who was viewed skeptically by the grassroots. No one expected that candidate to be Donald Trump.

Ironically, these new rules are the only reason why Donald Trump currently has a chance of being the Republican nominee. Otherwise, without being bound, his delegates will desert him. For instance, in South Carolina, a state where Trump won all 50 delegates, it’s likely that he would finish behind both Cruz and Kasich on a second ballot.

In the meantime, Trump has to do all he can to earn the 1,237 delegates needed to clinch the nomination on the first ballot and build up his delegate operation so that he would have a chance in a contested convention. Otherwise, the real estate mogul may be sending out a lot more angry, frustrated tweets.

A Florida company is peddling a notorious industrial bleach solution as a "miracle cure" for new variants of the coronavirus.

Chlorine dioxide, a dangerous chemical compound used in textile and paper manufacturing, has previously been marketed as a cure for cancer, HIV/AIDS and even autism, and now Miami-based Oclo Nanotechnology Science is making the so-called "miracle mineral solution" in a makeshift laboratory and selling it as a cure for COVID-19, reported The Guardian.