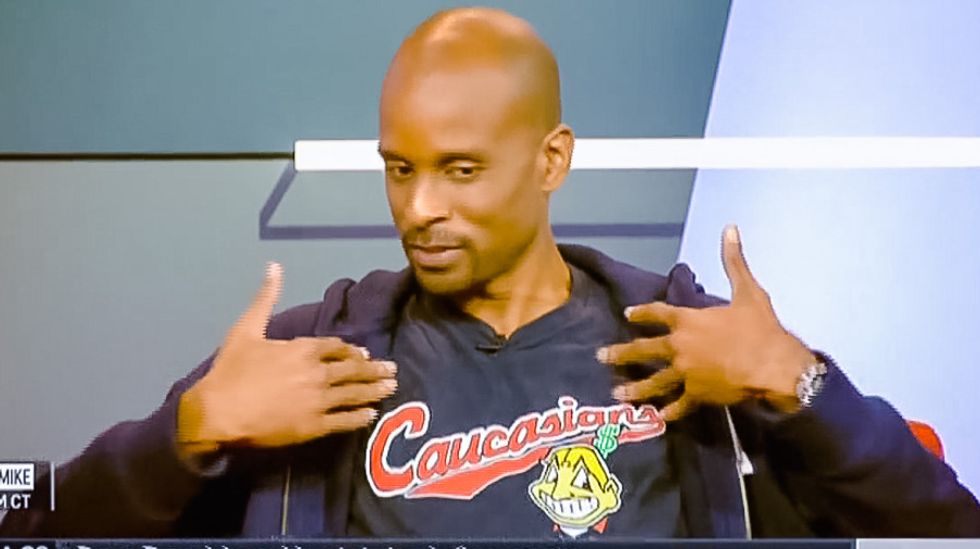 Sports journalist Bomani Jones got Twitter buzzing on Thursday after he appeared on ESPN wearing a shirt with the word "Caucasians" in the style of the Cleveland Indians logo.

"I don't blame Bomani for being a disgrace, I blame @espn for allowing it," a viewer named Jimmie wrote. "@bomani_jones who hurt you? I'm serious, I don't want ppl in pain."

Many expressed support for the T-shirt, and others just wanted to know where they could get one.

Jones later explained to ESPN host Molly Qerim that he chose the shirt "because it was clean."

"The reason they won't get rid of Chief Wahoo -- it's completely indefensible -- is because they can still sell stuff with it," Jones added. "They can say they're going to deemphasize it, but they're not going to set money on fire."

"If you're quiet about the Indians and now you've got something to say about my shirt, I think it's time for introspection."

Watch the video below from ESPN.