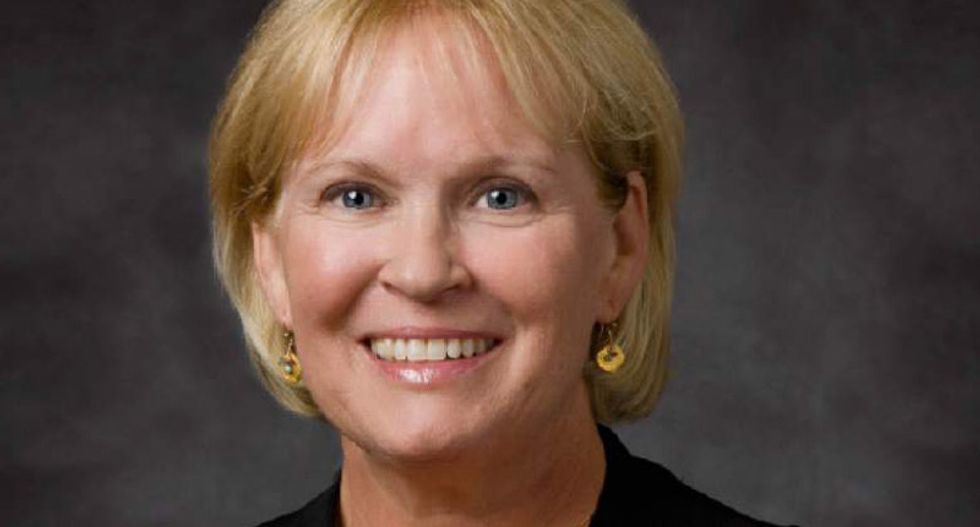 A decision that has sparked outrage has led the University of Utah to scrub clean the announcement for the 2016 recipients of its honorary degrees, the Salt Lake Tribune reported.

Lynette Nielsen Gay is described as a philanthropist by the university, which lists a variety of organizations that she has either founded, or for those where she serves on the Board of Directors. But, two organizations that are recognized as hate groups by the Southern Poverty Law Center -- Family Watch International and the World Congress of Families -- have been expunged from Gay's biography on the university's webpage.

The World Congress of Families lists its principles, including "The natural family (emphasis original), based on marriage between a man and a woman, established by the Creator as the 'fundamental unit of society,' the foundation of civilization, and the best refuge and school for children." One of its most recent statements brags that its conference, held in Salt Lake City in 2015, was listed by Planned Parenthood as the "third worst moment" of 2015.

Its 2016 conference will be held in the former Soviet Republic of Georgia, in response to this call from one of its Georgian members: "The West is attacking our Christian culture with atheism, new forms of socialism and sexual radicalism -- worse than what we saw during the last 25 years when we were part of the Soviet empire."

Family Watch International declares in its most recent newsletter that it had sent its delegates to the UN Commission on the Status of Women and that they had fought tooth and nail against a broader definition of the word "family," which FWI found reprehensible:

"An amendment had been proposed to recognize “various forms of the family” in an attempt to force developing countries to recognize LGBT people and any other grouping of people who claim to be a family. As a compromise, Western nations agreed to delete “various forms of the family” on condition that the word “sustainable” also be deleted before “development.” This was an attempt to delink “the family” from the 2030 sustainable development agenda that will chart the course for international development efforts for the next 15 years."

Commenters' reactions at the University of Utah announcement of Gay's degree slap the university for its promotion of bigotry.

"There is no amount of good that can compensate for hateful actions," one poster wrote. "Who's next? Pastor David Manning who yells about semen in lattes at Starbucks? David Duke? Maybe Putin?" another added. And another one accused the university of "condoning the deaths and imprisonments of thousands of people."

Rather than rescind its honorary degree, the University of Utah removed all references to WPI and WCF from the website biography of Lynette Nielsen Gay.