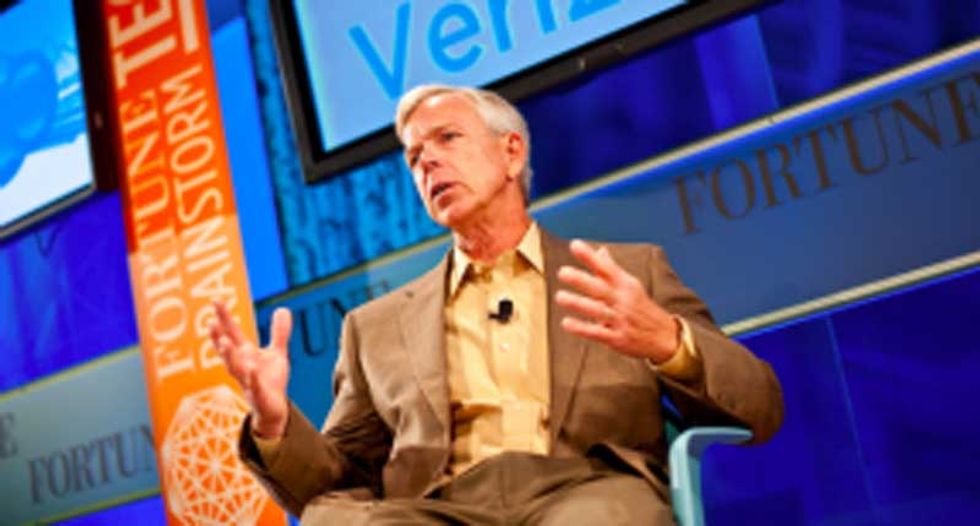 After Bernie Sanders criticized Verizon's labor policies and stood with striking workers at a picket line in Brooklyn, the company's CEO lashed out at the presidential candidate.

Verizon CEO Lowell McAdam put up a spirited response to Sanders on his LinkedIn page, citing a similar post by General Electric CEO Jeff Immelt from earlier this month.

I read with interest Jeff Immelt’s spirited response to Sen. Bernie Sanders putting GE on his hit-list of big corporations that are “destroying the moral fabric” of America..In fact, I share his frustration. Verizon is in Sanders’s bull’s-eye, as well. The senator’s uninformed views are, in a word, contemptible...

McAdam challenged Sanders' assertion that Verizon has avoided paying taxes, citing financial statements that show the company has paid $15.6 billion in the last two years, which would add up to a 35% tax rate last year.

However, according a 2013 Americans for Tax Fairness report, Verizon made "Made $19.3 billion in U.S. pretax profits from 2008-2012 but paid no federal income taxes during the period" and received "$535 million in tax rebates."

McAdam also pushed back against Sanders claim that the company had not invested in the United States. "Again, Sen. Sanders is wrong on the facts," McAdam post reads, "More egregiously, he oversimplifies the complex forces operating in today’s technologically advanced and hyper-competitive economy."

Nearly 40,000 Verizon landline walked off the job Wednesday morning after working without a contract since August. Workers say the company is looking to freeze pensions, make it easier to fire employees and rely more heavily on contract workers.

The Sanders campaign's Twitter account sent out a response to McAdam's post: "I don’t want the support of McAdam, Immelt and their friends in the billionaire class. I welcome their contempt."

You can watch Sanders' comments about Verizon, which occurred during a speech at the University at Buffalo, below.