WATCH: 'The Daily Show' roasts Trump with his own rhetoric in an awesome hip-hop parody 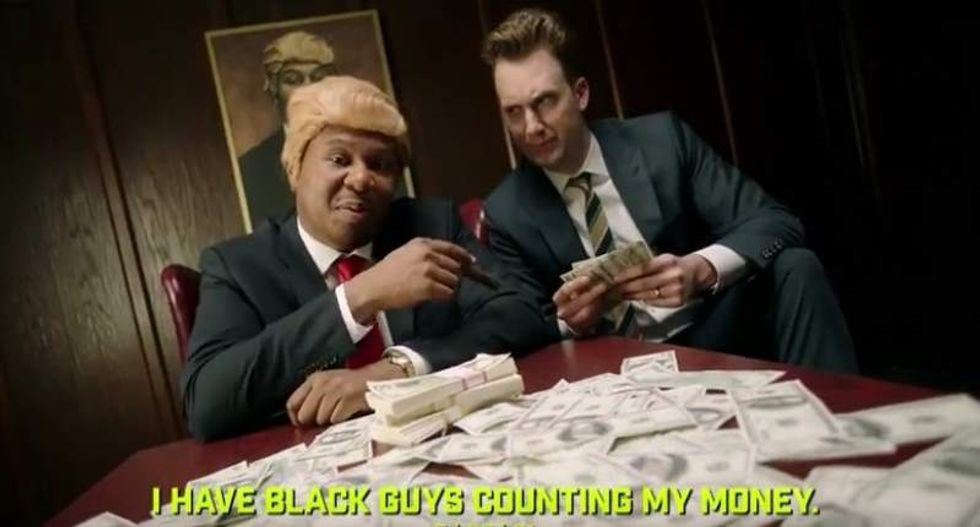 "They Love Me" features Wood dressed up as "Black Trump" alongside hypeman Jordan Klepper, but the lyrics are actually compiled from actual remarks Trump has made on the campaign trail, such as:

Spent almost nothing on my run for president

All the women flirted with me on The Apprentice

If Ivanka weren't my daughter, then perhaps I'd be dating her

As The Daily Beast noted, Wood argued to host Trevor Noah that Trump really does belong more in a rap video than the White House.

"Everything Trump says is straight out of a rapper's play book," Wood said. "He brags about his money, he's disrespectful to women, and there's always fights at his concerts."

Genius.com has compiled a list of annotations for Wood's lyrics. Watch "They Love Me" in its entirety, as posted by Comedy Central on Thursday, below.