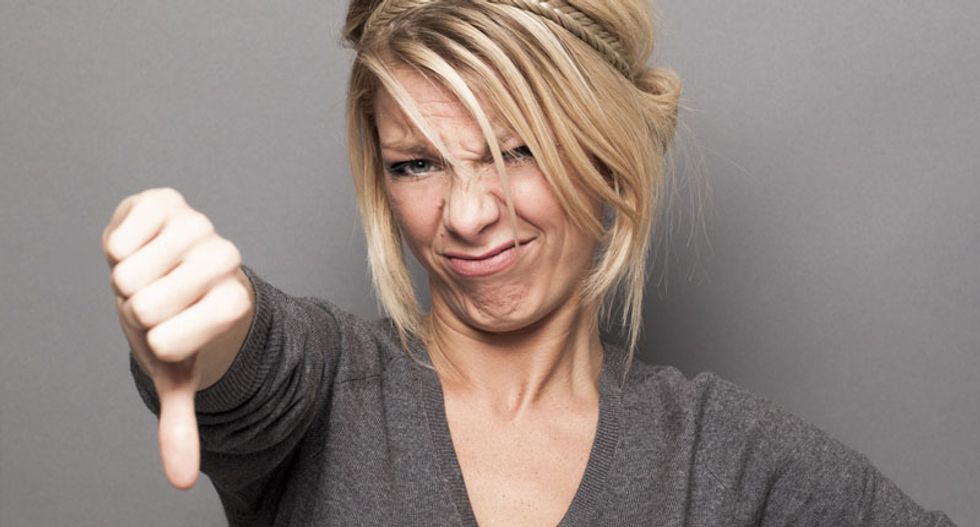 It’s April Fools’ Day! Joy of joys! What could be more fun than all of society coming up with their best jokes en-masse and showing them to the world? Nothing! Apart from, maybe, pouring lemon juice on a vicious paper cut.

In case that last sentence was too subtle, I’m not a fan of April Fools’ day. This might surprise regular readers, given that this blog regularly features the most frivolous and ridiculous of non-stories (in the science section, no less). So surely I approve of April Fools’? But no. I can’t stand it, it grates on my nerves (and I’m a neuroscientist, so I don’t use that phrase lightly). And, judging by most of the online reactions I’ve seen thus far, I’m far from alone in this.

Why? Why would an occasion which, whatever its confusing origins , is ostensibly about having a laugh, be so infuriating? Well, there are several reasons, both social and psychological.

There was a time when high-profile April Fools’ day jokes were new and unfamiliar. As a result, they could be very effective , especially if they featured in the mainstream media, which at the time was limited to about three channels and the occasional smoke signal. The idea that primetime television would dedicate precious and valuable airtime to a practical joke, well, that just wouldn’t have occurred to most people. Why would it?

Those days are long gone, though. And you can’t go back. For a joke to work, it has to be surprising to some degree. Familiarity is the enemy of an effective joke, which is one reason why joke thieves are so annoying . When we’re bombarded with all manner of outlets and brands making jokes in a vastly expanded (bloated) media landscape, it quickly goes from being subversive to tedious. Our brain automatically stops paying attention to things it is very familiar with. And as well as familiar …

You ever had someone try to tell you a joke, but you figured out the punchline before they could get to it? You might get some vague satisfaction thanks to your deductive skills, but you know what you won’t do? Laugh.

Theories about the neurological processes underlying humour and why we laugh are surprisingly complex, but aspect seems to be the release of psychological tension. Be it confusing wordplay, twisted logic or a high-stakes scenario, a good joke sets us up to experience tension due to uncertainty (What’s coming? What does this mean?) Our brains don’t like uncertainty, so when it is removed or resolved, we experience a positive sensation and laugh to signify the tension is gone. That’s the theory anyway, and no doubt there’s more to it than that, but it’s hard to deny that unpredictability is important for a good joke.

As a result, if you can see a punchline coming seconds/minutes before it arrives, it renders it mostly unfunny. So consider, if you will, how unfunny a joke becomes when the punchline is ON THE BLOODY CALENDAR!

Officially sanctioned fun is an oxymoron

Have you ever been at a work Christmas party or similar do where they have a regimented schedule of “fun activities”? Or assign you name tags of one half of famous couples so you have to find the other person and are thus obliged to “mingle”? April Fools’ is like that.

You know those people who deride Valentine’s Day on the grounds that buying your partner some flowers/nauseating tat once a year because mindless tradition and major corporations say you should is not in the least bit “romantic”? April Fools’ is exactly like that nowadays: just swap “romance” for “humour”.

Related to the above, April Fools’ day wouldn’t be so bad if the majority of the “official” jokes weren’t also bad. But they are. Your patience and tolerance can only last so long, and there are only so many times you can read some painfully-obvious BS put out by a major brand or company, clearly the work of some overworked and underpaid intern who’s been ordered by the higher-ups to create some “content” for a high-traffic day. Soon, you can start to feel personally affronted.

You’ve probably noticed how a joke that fails can provoke a surprisingly hostile reaction. They’ve shown this to happen in scientific studies . One theory is that people are very aware of their social status , and humour feeds into this; another theory about why we laugh at people is that it increases our social status at their expense. Similarly, when someone is telling you a joke, they’re trying to manipulate you and your reactions, they think you’ll find this specific funny and are hoping to cause an involuntary response from you, raising their status in turn.

Ergo, when a joke bombs, someone has not only tried to manipulate you at the expense of your status, but they’ve failed to do so. This sort of thing typically causes a very negative reaction in people . So when major companies, already extremely powerful, disgorge some shoddy scrap of attempted hilarity to their potential customers like an obese monarch throwing chicken bones to the peasants, it can quickly become just a wee bit tedious.

And that’s when they don’t seriously mess up their attempted japery. Looking at you, Google!

It’s worse if you work in comedy in any capacity

I’d never claim to be the best at writing comedy. Far from it. But I still have some standards! As do most of the professional comedy scene, most of whom seem to hate April fools as much if not more than I do. For most comedy types, April Fools’ feels like going to a five-year-old’s birthday party while you have a migraine.

You might think it’s just sour grapes, precious comedy types resenting other people getting involved in their field. Maybe for some it is, but for most it’s not. It’s more like when clueless corporate suits tell graphic designers how to draw things, or programmers that they need a three-week job done overnight. A lot of the best humour seems effortless because so much work has gone into creating that impression. This is why the “office joker” is often a more tedious character than an entertaining one. Comedy is like most creative endeavours: of course it seems easy if you’ve no clue how it’s done.

So yeah, for these reasons I and many others find April Fools’ day utterly tiresome. And, unlike almost everyone else today, I’m not joking.

Dean Burnett isn’t normally this humourless, but he has been quite tired lately. Chastise him thoroughly on Twitter, @garwboy .