'You're a sinner': How the 'Mormon Harvard' shames rape victims 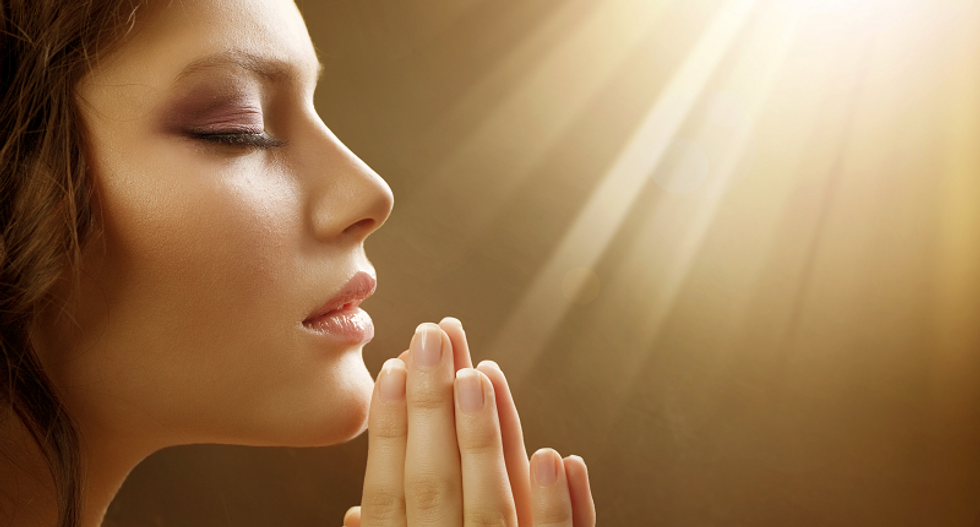 Madi Barney sat sobbing in the Provo, Utah, police department. It had been four days since the Brigham Young University sophomore had been raped in her off-campus apartment.

She was scared – terrified – that the officials at her strict, Mormon university would find out and punish her.

Nonsense, the officers told her, they’ll never know, and they won’t hurt you. But a month or so later, there she was with her attorney in Brigham Young University’s Title IX office – a place where rape victims are supposed to get help – and offered an ultimatum by a university official.

Barney was told the school “had received a police report in which ‘A) it looks like you’ve been raped and B) it also looks like you may have violated the honor code’”, she recounted, and that “I was going to be forwarded to the honor code office unless I let them investigate me. I said absolutely not.”

The university has told Barney that she cannot register for future classes. She is no longer welcome at the institution her father attended before her, along with aunts and uncles and two cousins, a university that devout families consider the Harvard of the Church of Jesus Christ of Latter-day Saints.

Attending the graceful campus at the foot of the snow-capped Wasatch Range is an aspiration for many young Mormons, and being thrown out is a black mark that can follow the devout for life, estrange them from their families, derail their education and ultimately their careers.

It can bring with it “horrible guilt and shame and dishonor”, said sociologist Ryan Cragun, who specializes in Mormonism at the University of Tampa. “If it’s tied to the honor code, not only is it tied to academic failure, but you’re a sinner. This could cause ramifications for your eternal salvation.”

So what did the 20 year old do? She fought back. And in the process, she helped galvanize many other rape survivors to come forward with their own stories of “re-victimization” at the hands of BYU officials in what has evolved into a grassroots effort to change one of the university’s most stringent sets of policies – the honor code.

The public outrage that followed has shone a spotlight on the school at a time when victim-blaming has appeared in headlines elsewhere in the country. This week, a court in Oklahoma declared that state law did not criminalize oral sex with a victim who was incapacitated by alcohol. And on 15 April, at a campaign event in New York, Republican presidential candidate John Kasich advised a college student concerned about rape: “don’t go to parties where there’s a lot of alcohol”.

Going public exposed Barney to yet another wave of abuse, this time via newspaper comment sections, social media posts and threatening emails – a sign of the tough job ahead for BYU students and alumnae as they push against a culture that both nurtures and punishes.

“Are we to understand that this young lady wants her transgressions overlooked while holding others accountable for theirs?” wrote one online skeptic. “In the end, be moral and don’t break the rules and you’ll be better off”, scolded another. Asked a third, “Why do people think that a sexual assault means ‘everything I did is irrelevant and I am in no way responsible?’

Barney told her story publicly for the first time on 7 April at a rape awareness conference at BYU. The details are chilling.

The suspect, 39-year-old Nasiru Seidu, lied to her about about his age and name. He told her he was single. According to police documents, he raped her while she cried out and screamed, “no”. The police confirmed the details during a staged phone call between Barney and Seidu after she filed the report.

Seidu, who was arrested after the September rape, is free on bail. His wife attends court hearings by his side. Barney has protective orders requiring that he stay away.

A Utah County sheriff’s deputy, a friend of Seidu, passed a copy of the police report to the BYU honor code office. The document, Barney said, has pages of details about the rape, a statement from the nurse who examined her, “medical records of trauma to my body after a rape”.

School officials, she said, used that report to launch their investigation into whether she had violated the honor code, which prohibits students from inviting members of the opposite sex into their rooms. They must be “chaste,” dress modestly, stay away from drugs and alcohol, and attend church services.

At the advice of her attorney, she refused to take part in the investigation. She has been banned from ever registering for classes at BYU again. After Seidu’s trial, she plans to transfer to another university.

BYU officials, she said, told her “they couldn’t give me the services that they would give a rape victim because they couldn’t prove that I was raped. I filed a Title IX complaint against them, like, a week ago.”

What she wants people to understand, she said, is that “I’m not attacking BYU ... I’m not saying throw out the whole honor code. You just need to add one small clause, which is common sense.”

That clause, she said, would grant sexual assault victims immunity from honor code investigations so that, if they wanted to, they could report the crimes against them without fearing retribution.

“If I hadn’t reported my rape,” she said, “none of this would be happening to me. The very thing I was supposed to do, the right thing, led me to getting kicked out of school. The way that BYU has treated me has been so callous that it’s been almost as bad as the rape itself.”

After Barney spoke at the rape awareness conference, many other women approached her to say they’d gone through the same thing.

BYU spokeswoman Carri Jenkins would not respond to questions about the specifics of Barney’s case. But she did say that the university would “never illegally obtain a police report” and has launched a study about the school’s policies.

That said, “sometimes in the course of an investigation”’ she continued, “facts come to light that a victim has engaged in prior honor code violations.”

Those facts are investigated, which causes what the school describes as an “inherent tension”.

Jenny McComb, an LDS churchgoer who handles sexual assault cases for a British university, said the honor code is designed “to promote a nice environment for LDS students”.

“A lot of students feel very positively toward it,” she continued. “But if the honor code is acting as a shield to protect and conceal sexual violence, that’s not working. There is nothing honorable about protecting sex offenders.”

When Hailey Allen walked into an athletic store two years ago, she saw a pair of workout shorts identical to the ones worn by the man who drugged and raped her when she was a freshman at BYU in 2004. Suddenly, she felt as if the assailant was right there in the room.

“My whole body froze and I could feel myself shaking. I couldn’t talk or move and felt completely helpless.”

It was one of many flashbacks that the now 30 year old said she experienced a decade after the sexual assaults that upended her life. Along with the flashbacks came the terrible dreams in which her rapist hurt other women. When Allen decided to track the assailant down, she discovered that he was a high school athletic coach.

“He’s in this position of trust,” she said,” “and it just makes me ill thinking about what could be happening.”

In 2004, when Allen told BYU officials about the assaults, they said her allegations would be difficult to pursue. And besides, they told her, if she did, she would be expelled for honor code violations. It didn’t matter if she’d been drugged. Eventually, her bishop intervened, and she was allowed to remain in school – but on academic probation.

Since then, she’s become an advocate for women and started Helping Save (Helping Sexual Assault Victims Everywhere), a not-for-profit that steers victims to counseling and legal services.

Allen also lobbied her alma matter to adjust the way it deals with victims of sex crimes, overtures that have mostly been ignored. Her request to set up a Helping Save booth at BYU’s rape awareness conference in February was rejected, too, but she attended the event anyway.

My whole body froze and I could feel myself shaking. I couldn’t talk or move and felt completely helpless

That’s where she met the slight, dark-haired Barney, along with dozens of other survivors. Since then, their fight has escalated into an international cause. An online petition urging BYU to grant rape survivors immunity from honor code violations related to the attacks has gathered more than 110,000 signatures.

This year, inspired to join the debate and lobby for change, Colleen Payne Dietz also came forward with her own story. The now 34 year old remembers her attacker as a well-dressed man in his mid 20s who drove a fancy car, and was the uncle of one of her friends in the BYU dorms.

He shared her love of music, he told her, and invited her to burn CDs at his home in the foothills under Mount Timpanogos Utah Temple.

What was supposed to have been a couple of hours listening to music turned into two days of imprisonment. She had no phone, no clothes, no way to leave.

“Up to this point in my life, I’ve never been vocal about it,” Payne Dietz said of the 2001 incident. “I haven’t really been in a place in my life where I’ve been able to be as active as Hailey. But now I am.”

She recalled confiding the details of her rape to a bishop, who said she would be expelled. Her father intervened, and the religious leader backed down. But she was forbidden from receiving the sacrament at church.

“The most devastating part,” Payne Dietz said, was when the bishop told her: “‘If you’re pregnant because of this experience then you will need to leave BYU’.”

“My parents met at BYU and were married at BYU,” Payne Dietz said. “I was born at BYU. There was never another option for me ... Sitting in their office my whole world – everything that I knew for my future – was being taken from me over something I had no control over.”