Zika outbreaks in US and Europe likely to be 'short-lived': researchers 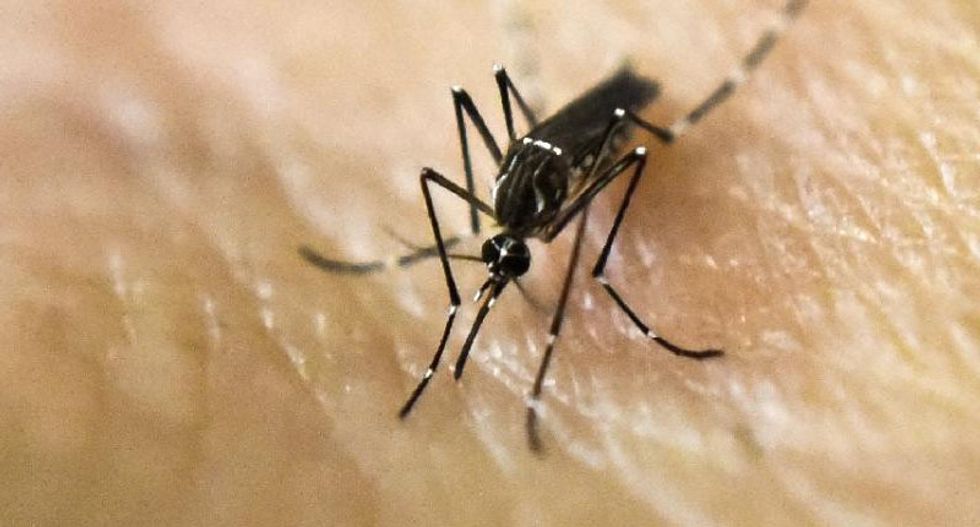 With summer approaching, Zika may find its way into virus-carrying mosquitoes in Europe or the United States, disease experts have warned, but any outbreaks are likely to be small and short-lived.

Doctors and scientists attending a major infectious diseases conference in Amsterdam said there was no reason to panic, and the idea of screening travellers was far-fetched.

Zika is borne by the Aedes aegypti mosquito found in Latin America and the Caribbean, regions still in the grip of an outbreak of the virus which has been linked to severe brain damage in babies and rare neurological diseases in adults.

"We have to accept that someday there will be a... traveller coming back from South America with Zika virus in his or her blood and there is a potential risk of starting a transmission," tropical medicine professor Eskild Petersen of Denmark's Aarhus University said Monday.

"I would say that the southern part of the United States and southern Europe are definitely at risk," he told AFP on the conference sidelines.

However, he stressed, the risk should not be exaggerated. "It is a disease which in the vast majority of cases is a mild viral disease."

Rare cases of sexual virus transmission have also been recorded.

The warmer summer months bring with them the peak mosquito season for Europe and the United States after the insects' eggs -- typically found in stagnant water -- hatch.

In Europe, the potential threat comes from a related mosquito, Aedes albopictus, which began to spread in southern Europe about 25 years ago.

Albopictus is not known to have transmitted Zika to humans in the wild, but has been shown capable of doing so in laboratory experiments.

"A real risk for Europe? No, I don't think so," said Jean-Paul Stahl, an infectious diseases expert from the Grenoble University Hospital in France.

"The vector (the mosquito) is in the Mediterranean areas, but we don't have the virus. Not yet."

There is a risk of "some little outbreaks" around a single imported case, he added, "but I don't think at this time the virus will resettle in Europe."

The main challenge, according to Petersen, would be to prevent infected blood making its way into blood banks and being given to a patient with low immune protection.

According to Nick Beeching, a senior lecturer on infectious diseases at the Liverpool School of Tropical Medicine, it is hard to predict threat based on the limited data available.

Very little is known about Zika -- how long it may hide out in the human body, the degree of risk of sexual transmission, and the full list of diseases it may cause.

"We think its mostly transmitted by the mosquitos that transmit dengue and similar infections, so we think there is probably not going to be much of a problem in countries where you don't have those mosquitoes," said Beeching.

But "we don't know that for sure."

Studies are ongoing to see if other mosquitoes elsewhere may also transmit the virus.

Petersen said there may also be a risk for Africa, where Zika was first identified in 1947, in Uganda.

If the virus had evolved genetically since then, it could mean that people in tropical Africa -- who may have originally enjoyed Zika immunity -- no longer do.

"The latest report I have seen, it was (Zika) described from the Cape Verde islands, which is halfway between Brazil and Africa," he cautioned.

Screening all travellers from South America was "absolutely impossible" and not the solution, Petersen stressed.

"You have I don't know how many planes from South America to Europe every day. And if people knew that they would be screened they would just take a paracetamol half an hour before landing and they would not report" any fever.