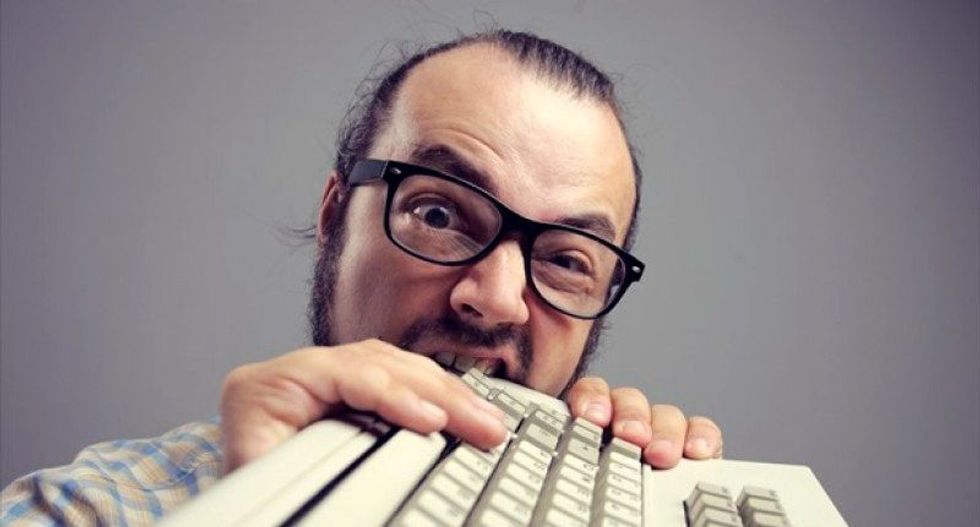 Bernard Minor spent 26 years behind bars for murdering a drug dealer who owed him $400. Now, the ex-con spends his days teaching others to keep their rage in check, one of the swelling ranks of America's anger therapists.

"I was a very angry person," the 58-year-old told AFP. "I'd been living a violent life. Living in the streets since I was 11 years old. Now I want to help people."

Minor specializes in tackling domestic abuse -- working with "batterers," in his own words -- in Los Angeles, a city seen by many as a hotbed of short-fused behavior and where the rage management industry is booming.

"Our referrals grow by 20 percent per year," said George Anderson, a 78-year-old therapist, who says he has treated 17,000 people throughout his long career.

Famously tempestuous stars include Sean Penn and Kanye West, known for lashing out at paparazzi, or Justin Bieber, who egged his neighbor's house after receiving complaints about loud parties and fast cars.

But in the City of Angels, where residents rage at the time wasted in traffic jams and homicide rates are among the highest nationwide, anger therapy is by no means limited to the rich and famous.

The financial crisis and pressures of an increasingly fast-paced life, as well as constant connection to the outside world via mobile devices -- exacerbating stress levels -- are all seen as driving the anger therapy trend.

Truckers and gang members both make up large constituencies of clients, but they rub shoulders with surgeons or top executives sent by their employers to quiet their tempers.

About 70 percent of course attendees are men. Around half are here by choice -- though often nudged into action by a long-suffering spouse or relative. The rest are here on the orders of a judge.

Eric, a 40-year-old stunt performer who did not want to be identified by his last name, opted in after finding himself in a bar fight, a clash with his brother, and an argument with his girlfriend that landed him in a jail cell.

Rick, an eye surgeon, signed up at the urging of his employer after he lost his temper at work. He blew up after a nurse overfilled a syringe, which could have caused severe damage had he injected it in his patient's eye.

"You rely on a lot of people, but you're ultimately responsible," he recalled, and the pressure on occasion became too much.

With regular therapy sessions, "I've learned to better communicate with my team," he said. "I tell them their work is very important, and that I rely on them."

Nearly one in every 10 Americans have both a history of impulsive, angry behavior and access to guns, according to research by Harvard, Columbia and Duke Universities. Another Harvard study found that two-thirds of American teenagers suffer from bursts of irrepressible anger.

Concerns about rage are by no means an American-only problem: in Britain, for instance, one in 10 people admit to having trouble controlling their anger.

But in California, the demand for therapy is also rising because of the "very low tolerance" for violence, said therapist Anita Avedian, founder of the local chapter of the National Anger Management Association.

"You give a tap on the hand of your child -- that's abuse. You're an angry person," Avedian said. "You do anything to your pet; you're in jail."

Both in group and individual sessions, clients learn how to identify their triggers. Many students cite trouble with their spouses, but others point to issues like feeling disrespected or harassed by a superior.

Everyone gauges their anger levels on a scale of one to 10, with the goal of never letting the temperature rise above seven.

It's a lucrative business: a group session starts at just $20, but an individual meeting can set you back up to $350 per hour.

With the help of discussion and visualization techniques, clients learn how to stop reacting defensively and feeling under attack, how to stay rational and understand the viewpoints of others.

Expressing emotions calmly is a top goal, as well as how to set boundaries -- before the anger bubbles over.

Many anger issues, in their experience, are linked to childhood trauma, such as growing up with a particularly critical father or feeling abandoned by a parent.

There are relapses, but both Anderson and Avedian estimate their success rate at between 70 and 80 percent.

Arnold, a 51-year-old trucker and ex-convict with a history of gang membership, suffered from abuse throughout his youth. When he feels disrespected, his blood still boils, but he's learned to rein it in.

"If I touch anybody, I go to jail," Arnold said. "I'm not gonna give you that satisfaction. I'm not getting handcuffed."