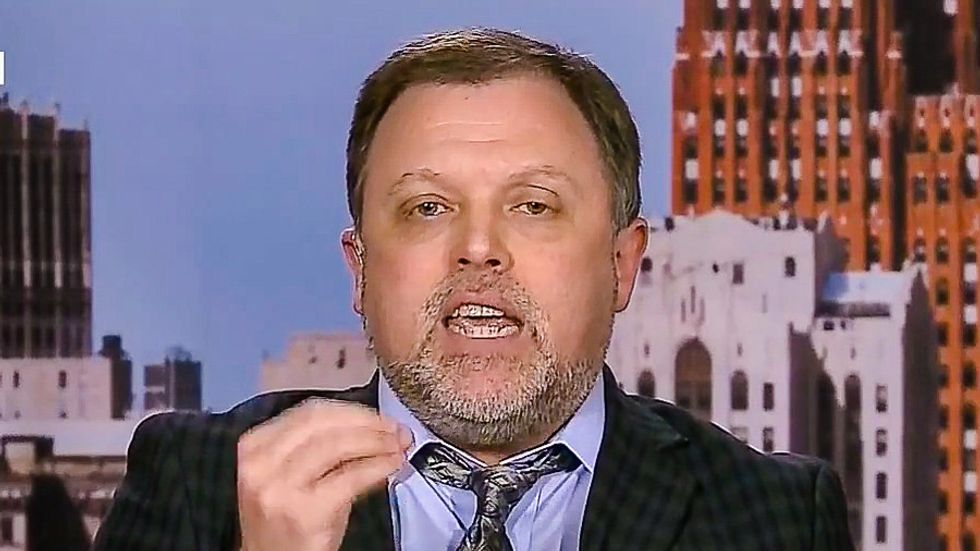 "If the only reason for Trump's support was economic anxiety then people of color should be flocking to Trump," Wise told CNN's Brian Stelter. "Because black folks, for instance, are twice as likely to be out of work as white folks, three times as likely to be poor, have 1/15 the net worth, nine years less life expectancy in large part due to economic inequality."

"There's a link between the kind of economic anxiety that white folks are feeling and this larger political or racial anxiety," he said.

Wise likened Trump's rhetoric to Southerners who say that "the Civil War wasn't about slavery, it's about states rights."

"Yeah, but the right you were fighting for was the right to own people," he noted. "So when the folks in the Trump camp say it's not about race, 'Well, I like the fact that he says what's on his mind.' Yeah, but you like that he says things about Mexicans and about the Chinese and about black activists in the streets protesting police brutality and he says things about Muslims."

"In fact, all of those things that people say Trump is about -- economics, the straight-shooting, straight-talking guy -- all of that still comes back to his perspective on othering other people and saying, 'They're your threat, they're the ones who endanger your job, they're the ones who are to blame for your lack of safety in the streets.'"

According to Wise, Trump was successful largely because he had been able to combine "racialized scapegoating" with his economic message.

The activist also challenged media to "start being honest" with their reporting on race issues.

"How many in the media have asked Donald Trump or any of his key supporters, 'Hey what does that hat mean?'" he wondered. "You're wearing this hat that says 'Make America Great Again' -- when exactly was America great? And not just for white men with money like Donald Trump."

"Name a year for me because I want to know... Because any year you pick is not going to be a great one for anyone but the dominant group."

Watch the video below from CNN's Reliable Sources, broadcast May 29, 2016.