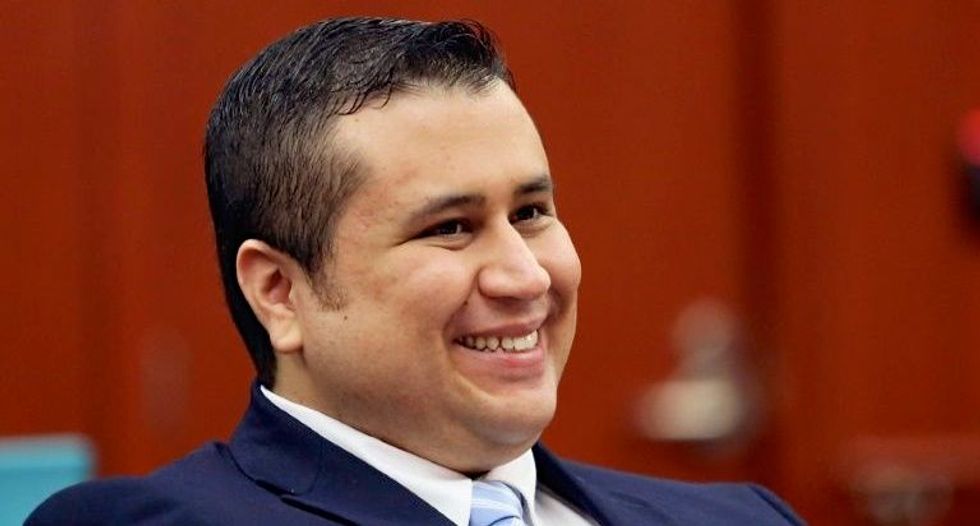 Fake bidders with names like Weedlord Bonerhitler, Racist McShootface, and Donald Trump helped drive George Zimmerman's gun auction past $65 million on Friday morning, according to News 965. The site later showed that the fake accounts had been deleted.

A website auction of the gun used by a neighborhood watchman to kill an unarmed black teenager in the United States in 2012 quickly climbed into millions of dollars Friday.

Nationwide protests erupted after George Zimmerman shot dead Trayvon Martin in what he said was self defense, but the teenager's family and friends claimed was a racist murder.

Zimmerman's trial and subsequent acquittal exposed the deep racial fissures in US society.

Online bids for the gun, which had an initial reserve price of $5,000 -- already far above the market value of a secondhand weapon -- rocketed overnight Thursday and into Friday after it was listed on unitedgungroup.com, with five days left to go in the sale.

However, it was difficult to verify the validity of the bids, with participants using obvious pseudonyms and seemingly bidding against themselves as the price climbed past $53 million.

The auction site did not appear to have any restrictions on who could bid for the weapon and did not request down payments.

Zimmerman advertised the gun as "the firearm that was used to defend my life and end the brutal attack from Trayvon Martin" and called the sale "your opportunity to own a piece of American history."

"The firearm is fully functional as the attempts by the Department of Justice on behalf of B. Hussein Obama to render the firearm inoperable were thwarted," Zimmerman's listing said, apparently referring to President Barack Obama.

"I am proud to announce that a portion of the proceeds will be used to: fight BLM (Black Lives Matter) violence against Law Enforcement officers," he wrote.

The Black Lives Matter movement grew out of the killings of a number of young black men across the country, many at the hands of police officers who were not subsequently charged.

A neighborhood watch volunteer in a gated community in Florida, Zimmerman fatally shot high school student Martin as he was walking home with iced tea and candy in February 2012.

Zimmerman insisted he had been following Martin on suspicion the teenager was involved in robbery, and that he shot him in an act of self-defense.

He was acquitted of second-degree murder the following year, setting off protests nationwide over Florida's "stand your ground" gun laws.

The weapon's description on United Gun Group, which bills itself as a "social marketplace for the firearms community," was accompanied by photographs of the gun taken when it was displayed as evidence in court.

The 32-year-old Zimmerman has made headlines repeatedly since his acquittal over Martin's death, notably for selling paintings of the Confederate Flag -- which many view as a racist symbol -- in partnership with a Florida gun store.

He has also had several subsequent run-ins with the law.

Last year, he was accused of assault by his girlfriend, although she later withdrew the complaint.

In September 2014, he allegedly threatened a man during a road rage incident on a Florida highway, but police released him because the man did not want to press charges.

In 2013, his estranged wife Shellie Zimmerman called police to say he had threatened her with a gun, but she, too, failed to press charges.