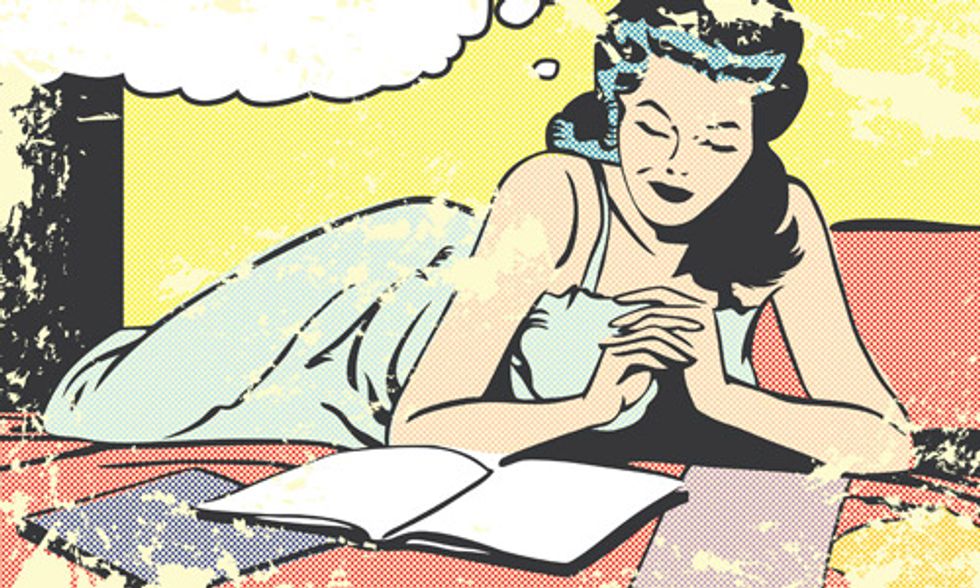 In a final hurrah as pioneer booksite Bookslut posted its final issue, founder Jessica Crispin gave a take-no-prisoners interview that is generating buzz among readers and provoking sadness from long-time readers. Crispin denounced current American literature, and she blasted the "overcorrecting" nature of Internet culture.

Vox magazine featured what it considered to be some of Crispin's most provocative quotations--although the entire interview is full of  verbal flamethrowing.

When asked about the the current publishing scene:

"I find MFA culture terrible. Everyone is super-cheerful because they’re trying to sell you something, and I find it really repulsive. There seems to be less and less underground. And what it's replaced by is this very professional, shiny, happy  plastic version of literature," Crispin told interviewer Boris Kachka.

But she wasn't done, later describing a visit to a publisher's office as "a sea of 23-year old girls in H&M sweaters--just being run by every stereotype I had in my head."

Crispin detailed a pervasive tendency to overcorrect throughout writing culture, which she detailed in response to a question asking her about the backlash against snark when she was starting the magazine.

"Well, everyone overcorrects, because we’re stupid and we don’t learn anything. At the beginning of internet culture, an easy way to get attention was to be mean. I was probably guilty of that at several points. But publishing at the time was kind of healthy, before the bankruptcy of PGW and before Amazon took over everything. There were still bookstores. Now there’s anxiety and the tendency is to close ranks. So you can say you’re only gonna publish positive reviews. You’re only reviewing friends, friends of friends, people in your network, people whom you want to make happy. That’s not criticism. I don’t find either extreme all that interesting," she responded.

Crispin was also critical of how capitalism has driven out sites like Bookslut, which, she had poured a lot of money into, and a lot of time trying to figure out how to sustain a site that wanted to use "critical culture ... as an actual method of taking [the book industry] apart.

"Well, the only reason why Bookslut was interesting was because it didn’t make money, and when I realized the sacrifices I was going to have to make in order for it to make money, it wasn’t worth it. It used to be you could get an advertiser for a month; now it’s all directly linked to how many pageviews you get. So you can’t write about obscure literature that only ten people care about and make eight cents. You have to write about the books that all the people already know about. And then it just orients you toward clickbait, and you have to come up with stunts and your design has to be beautiful. The only program that actually gives you money is Amazon. We used them back when we were profitable — we paid some writers back when we were profitable — and then, at some point, I realized they were fucking trashing the industry. Then we switched to Powell's, which gave us absolutely no money."

Crispin is currently at work about contemporary feminism, which she argues, is full of "outrage culture, safe spaces, thet lean-in culture--but also the Gen-X-Baby-Boomer-rah-rah capitalism, yay!"