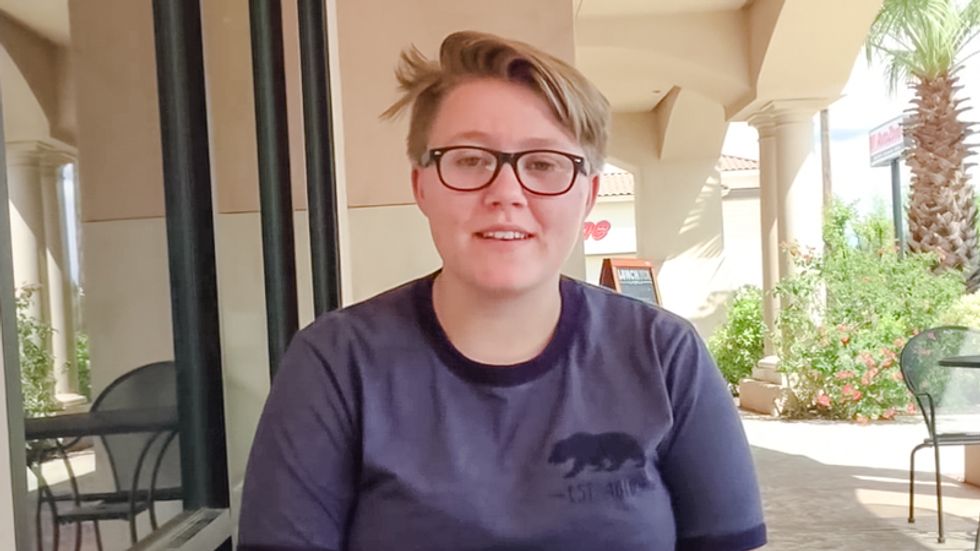 A lesbian couple in California are accusing their high school of "blatant discrimination" after their nomination to the prom competition was rejected because it would have left the school without a prom king.

In a video posted over the weekend, 16-year-old Foothill High School senior Hayley Lack explained that "a lot of people voted for us and then it got halted at admin because admin decided it has to be traditional and be with a boy and a girl."

"We want to change this because it's obvious discrimination against us both for being in a lesbian relationship," she added.

Even though Lack and her girlfriend received the most nominations, Principal Jim Bartow told Mic that the school would not be changing it's traditional prom rules.

"They [the girls] are both able to run separately, but we don't nominate as couples," Bartow said. "It's not fair to the boy gender."

A petition calling for prom rules to be changed was being circulated at the school by students. It reportedly had over 100 signatures.

Lack has also requested that the American Civil Liberty Union step in on her behalf.