Clinton says she understands US voter concerns about emails report 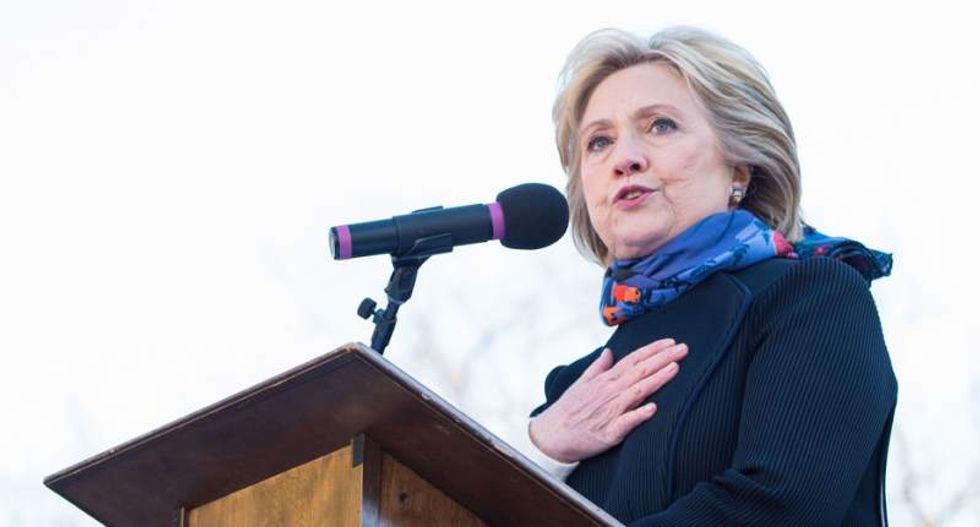 Hillary Clinton speaks at a rally at the South Carolina Statehouse on Jan. 18, 2015. [Crush Rush / Shutterstock.com]

Democratic presidential candidate Hillary Clinton said on Thursday she was confident voters would make the "right decision" despite concerns over findings by an internal government watchdog that her use of a private email server while secretary of state broke government rules.

"I know people have concerns about this, I understand that," Clinton said in an interview broadcast on MSNBC, referring to the findings by the State Department inspector general in a report made public on Wednesday. [nL2N18M0QB]

The email controversy and a probe by the Federal Bureau of Investigation into whether laws were broken as a result of Clinton's use of a server kept in her New York home have overshadowed the Democratic front-runner's campaign.

The report concluded that Clinton would not have been allowed to use the server in her home had she asked the department officials in charge of information security.

Clinton said voters would look at the full picture of what she had to offer and the "full threat" that Donald Trump, the presumptive Republican nominee, posed to the country. "And I have confidence that they are going to be making the right decision."

Asked whether an FBI interview with her has been scheduled, she said: "No, it's not, but I have offered since last August and I am looking forward to see this matter wrapped up."

She said it was "up to them" whether to conduct the interview before the fall campaign for the Nov. 8 presidential election.

Reiterating that the email arrangement was a mistake, Clinton said: "I think the report has been consistent with what I have been saying, that the use of personal email was a practice by other secretaries of state and the rules were not clarified until after I had left."