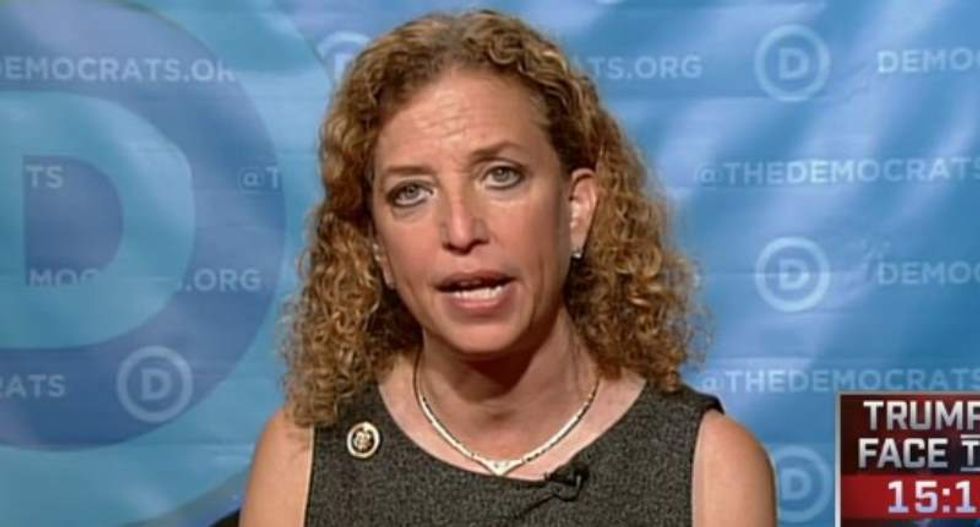 "I'm focused on two things," she said when Kornacki first brought up Canova's campaign. "One, continuing to serve my constituents that have given me the privilege of representing them to the best of my ability, and making sure that when I run for re-election -- as I am right now -- I talk about what I've been able to do for them earning their support once again. And two, making sure that we do everything we can to elect a Democratic president. Those are my responsibilities and that's what I'm focused on."

"Let me ask you here: will you debate your primary opponent before the August primary?" Kornacki asked.

"Steve, I'm focused on the two things that I just said," the congresswoman replied, before restating her objectives. However, Kornacki tried to repeat the question when she interjected.

"I'm here to speak to you as the DNC chair," she said. "So I'm happy to talk to you about the presidential question, which is why I'm here, and I've answered your questions."

This time, Kornacki was the one to interrupt.

"Hold on now, you haven't answered this one question," he said. "You're a candidate for reelection, I think it's a legitimate question. Will you debate your opponent in your race for reelection?"

"Again, Steve, I'm gonna continue to focus on representing my constituents to the best of my ability, doing the good job that I've been able to do representing them for the last 24 years, and making sure that when I run for re-election they know the work that I've been able to do in earning their support once again," she said. "And making sure that as DNC chair, I help do everything we can to elect a Democratic president."

As Capital New York reported, Canova, a supporter of Sen. Bernie Sanders' campaign for the Democratic presidential nomination, is on pace to raise $1 million since challenging Wasserman Schultz in January.

Kornacki pointed out that a good deal of that money came from Sanders supporters who have accused Wasserman Schultz of bias toward Sanders' opponent, former Secretary of State Hillary Clinton.

Canova told Miami New Times last month that the incumbent has failed to respond to at least three letters on his part seeking to debate her, and ignored him when he tried to give it to her in person.

"I tried to hand her a copy of the letter, but she wouldn’t take it from me and told me to hand it to an aide," he said. "She was not very pleasant."