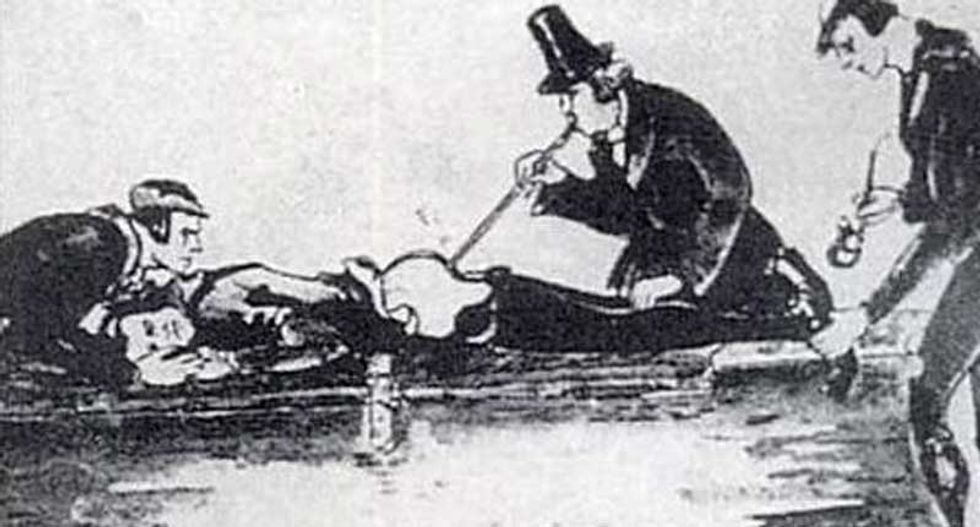 The colloquial expression about "blowing smoke' up a person's ass generally means they are being dishonestly flattered. But "Today I Found Out" went back in history to see where the phrase originated.

While it's unclear whether there is a direct link with the phrase, doctors did actually used to blow smoke into people's rectums in the late 1700s as the predominant medical therapy to try and resuscitate people who were believed to be dead, narrator Simon Whistler said. Mostly it was used on near-drowning victims.

The treatment was so commonplace that equipment for it was stored near waterways, much like defibrillators are often stored for use in public areas today.

To help people remember how to properly use it, one doctor even wrote a rhyme that went, "Tobacco glyster (enema)/Breathe and bleed. Keep warm and rub till you succeed. And spare no pains for what you do; may one day be repaid to you."

Tobacco was thought to have healing properties and the "tobacco smoke enema" was used for various other ailments until the practice was abandoned.