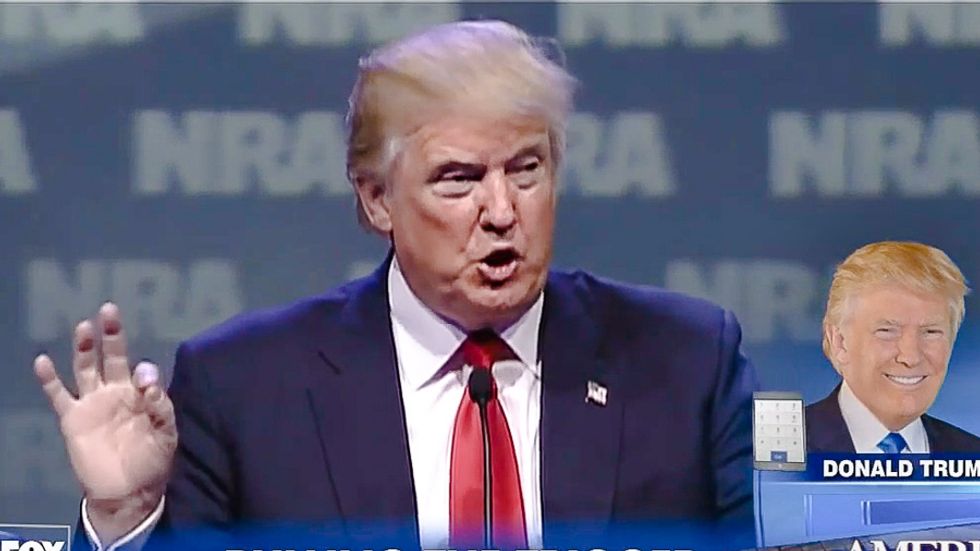 Presumptive Republican presidential nominee Donald Trump refuted Democratic front-runner Hillary Clinton by insisting that he was "not advocating guns in classrooms," but at the same time argued that "teachers should have guns in classrooms."

On Sunday's edition of Fox & Friends, host Clayton Morris pointed out that Hillary Clinton had recently attacked Trump for his position that "every school" in American should have guns in classroom.

According to Trump, his recent endorsement from the National Rifle Association was one of the most important endorsements in politics.

"I went to make a speech to the NRA," he said of his speech to last week's NRA Leadership Forum. "They were giving standing ovations for every other sentence."

"In some cases, they don't even endorse," Trump opined. "Probably the most powerful endorsement in all of politics. I was honored by it."