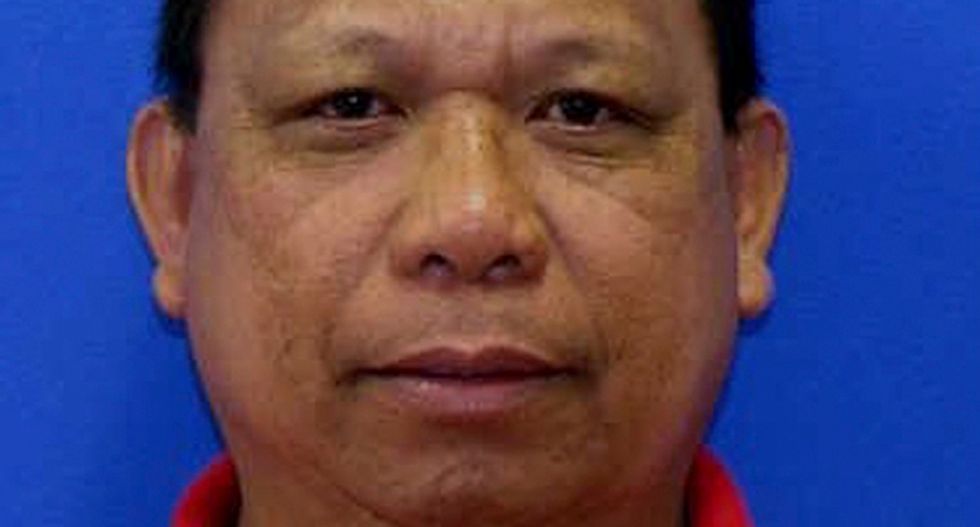 A federal officer was charged on Saturday with first-degree murder after a two-day shooting rampage that killed his wife and two apparent strangers and wounded three others, police said.

The suspect, Eulalio Tordil, a 62-year-old police officer with the Federal Protective Service, was arrested on Friday in Silver Spring, Maryland, a Washington suburb where one of the shootings took place.

He is being held without bond and will have a review hearing on Monday, it said.

Tordil is suspected of shooting his estranged wife, Gladys Tordil, and a bystander who came to her aid on Thursday outside High Point High School in Prince George's County, Maryland. Gladys Tordil, a chemistry teacher at another high school, was picking up the couple's two daughters when the shooting occurred.

Tordil was on leave, having surrendered his gun and badge after his wife obtained a protective order to keep him away, an official with the Federal Protective Service said.

Tordil eluded a manhunt and is suspected of shooting a woman and two men on Friday outside the Westfield Montgomery Mall in affluent Bethesda, Maryland. One of the men later died.

He is alleged to have shot dead a woman about 30 minutes later at the Aspen Hill Shopping Center in Silver Spring. Police have said there was no apparent relationship between Tordil and those shot on Friday.