Florida Republican bucks GOP push for anti-trans laws: 'This is not about bathroom stalls' 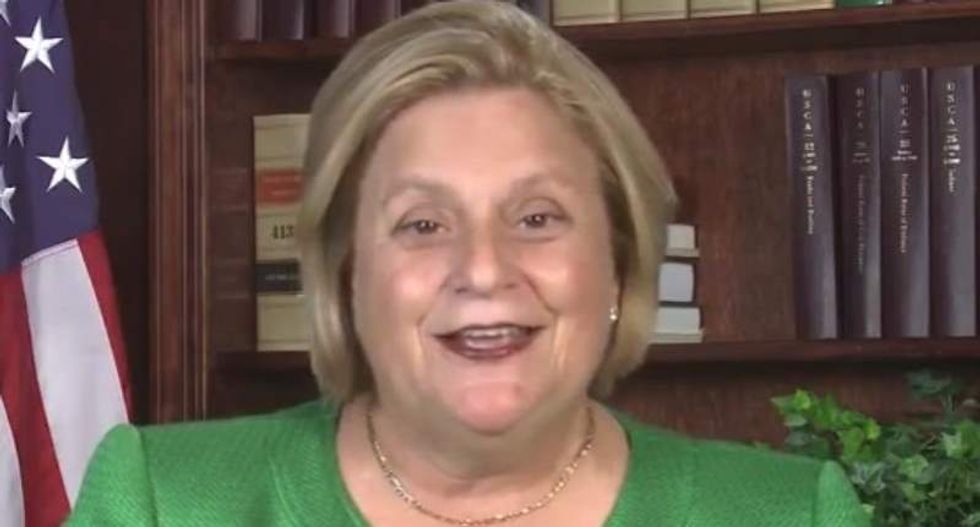 Rep. Ileana Ros-Lehtinen (R-FL) congratulates her son, Rodrigo Heng-Lehtinen, for winning an award from the advocacy group SAVE on May 9, 2015. (Miami Herald)

Florida Republican Rep. Ileana Ros-Lehtinen has broken away from the party line in opposing legislation restricting bathroom access for trans men and women.

"All these folks are saying we're worried about our kids going to bathrooms," she told CNN's Jake Tapper on Wednesday. "No, we were the ones worried about [her son] Rodrigo having some acts of violence against him because because people were not accepting."

The congresswoman's 30-year-old son, Rodrigo Ros-Lehtinen, was the catalyst for her support of trans rights, after he revealed his gender identity to them nine years ago.

Ros-Lehtinen, the first Latina elected to Congress, has subsequently shown support for him in public. Last May, she recorded a video congratulating him on winning an award handed out by the LGBT advocacy group SAVE.

"Allowing students to use the bathroom of their authentic selves is a step forward in stopping the stigma around transgender individuals," she told the New York Times. "Unnecessary laws only make transgender youth feel unaccepted, and can lead to depression or even worse, suicide."

Last week, she also joined joined Rodrigo and her husband, ex-federal prosecutor Dexter Lehtinen, in a bilingual ad campaign released by the group last week urging parents to be accepting of their trans children. The campaign was released in the wake of states like North Carolina passing anti-trans laws, which she said was "purely by chance."

"I'm glad it came out at this time because this is not about bathroom stalls and who goes where," she said. "This is about family acceptance, this is about talking to your child about being accepted and loved."

Watch footage from Tapper's interview with Ros-Lehtinen, as posted online, below.

The Spanish-language version of her family's ad on behalf of SAVE can be seen here.