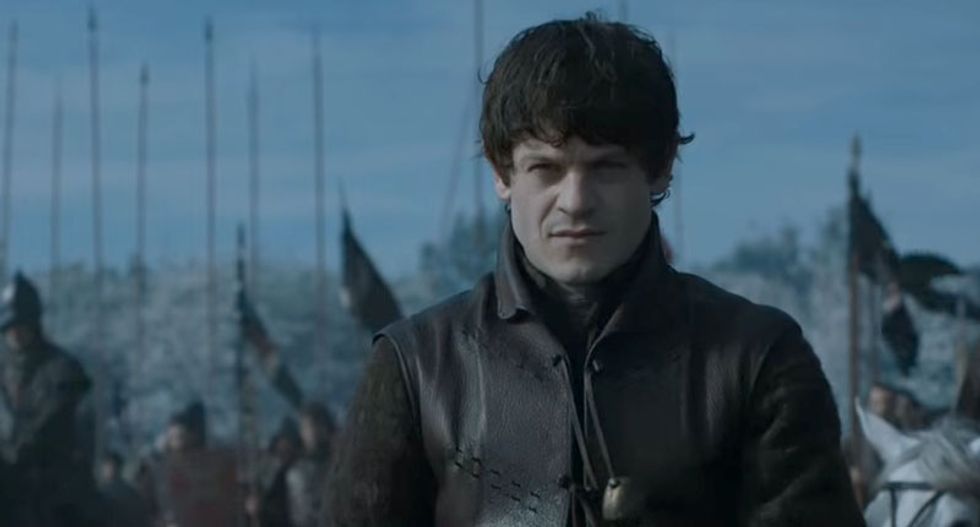 Tonight I tried to give the HBO series Game of Thrones another chance--but when they entertained us by having a pack of vicious dogs tear apart a baby, they crossed a line, and I have ceased watching again.

When I've complained in print about a television program that is sadistic, using cruelty for entertainment without balance, without any real moral center, someone says, "But oh John, you have published some very dark fiction, some violent fiction indeed..." But you know, there were always lines I wouldn't cross, and there was always a moral center. Occasionally I probably got carried away with some act of Righteous Revenge in a story or novel -- but then I wasn't writing for a television show going out to millions of viewers and, anyway, I would never have a baby torn apart alive (or even dead) by vicious dogs.

Usually, at this point, someone says, “Oh, but Shakespeare was violent too!”  But he never had a pack of vicious dogs tearing a baby apart.  Shakespeare knew where the line was and, God knows, the man always had a real point to make.

The way sadistic violence is dramatized in Game of Thrones -- multiple rapes, and the extended torture of one of the characters that went on for many episodes, and now vicious dogs tearing apart a baby just off screen -- it just doesn't feel like a drama protesting the horrors innocents are subjected to in the world. It doesn’t feel meaningful. Nor does it feel like, for example, a dramatization of the doings of Caligula, though clearly that real-life sadistic Roman Emperor inspired two separate characters in Game of Thrones.

No. It feels like, just more entertainment -- just like the "useful torture" on 24 and Fear the Walking Dead, and like beloved series characters being eaten alive in extended excruciating detail on the original The Walking Dead.

One has to ask, why don't the producers of “Game of Thrones” in particular, simply see where the line should be, on this show. Why don’t they just know where that line is, as so many other people do, and simply choose not to cross it? The answer may be, "What does that line have to do with my paycheck and residuals?" They seem desperate to find new lines to cross. It’s easier than coming up with real drama.

You see, I think someone one the show does know where the line is. Apparently someone cleared their throat at the script reading, perhaps, and said, “We shouldn’t show the dogs tearing the baby and his mother apart onscreen. I know! Let’s put it just out of shot!”  So they show the satisfied look on the face of the sadist, and we heard the screams and snarls and snaps. Why, what admirable restraint! We should all be grateful that they didn’t show the baby being torn apart. We should send them thank you notes. We only heard it, perforce imagined it, and enjoyed this much exploited character smiling in satisfaction. That way we can chuckle, and identify with his satisfaction.

I’m told the books by George R.R. Martin didn’t include most of the egregious acts of sadistic cruelty found in the television series. We might infer that someone administrative on the production encouraged the sadism, then gave the “green light” to using vicious packs of dogs tearing a baby apart as entertainment.

As seven billion people increase to 9 billion people on a climate-changed Earth where food will likely be scarce and billions pushed into desperate migration, empathy will become a rare gem. It will be around--but it'll be rare and precious. How long before we make this kind of amusement  more than fictional television, and put the Romans to shame, leaving their timid little bread-and-circus entertainments far behind? Are we now engaged in a televised preparation for that society?

Do we really have to degrade ourselves in advance?