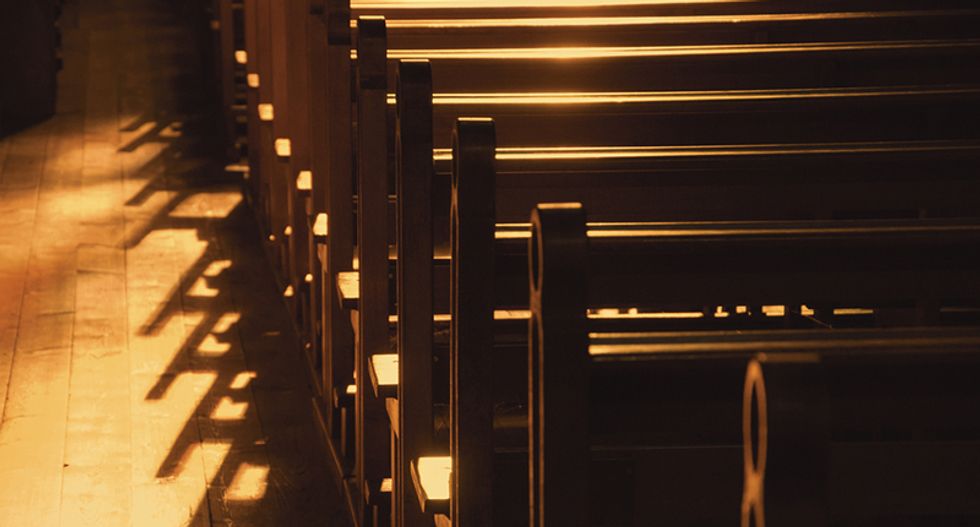 The United States is becoming a more secular nation, but the developed world is also taking a turn against religion. As people become more wealthy and have greater access to basic necessities they are less likely to be religious, according to the Daily Mail.

"As more and more people become affluent and adopt a slow strategy, the need to morally condemn fast strategies decreases, and with it the benefit of holding religious beliefs that justify doing so," Evolutionary psychologist Dr. Nicolas Baumard wrote in his article for New Scientist. He explained that history shows that those living an upper-class lifestyle 2,500 years ago were slower paced where lower castes lived fast, worked hard and died younger.

"If this is true, and our environment continues to improve, then like the Greco-Roman religions before them, Christianity and other moralising religions could eventually vanish," Baumard concluded.

A 2014 National Bureau of Economic Research paper, by Naci Mocan and Luiza Pogorelova, charted the decline of people in Europe who claimed to be very religious and those who regularly attended religious services. They found that one additional year of education was associated with a 10 percent drop in the tendency to frequent religious services once a week or more.

Secular beliefs are on a steep trajectory and will soon take over France's majority population. The Netherlands and New Zealand are similarly projected to be majority secular nations soon, according to the Pew Research Center. Gallup also did a survey of 50,000 people in 57 countries that showed individuals claiming to be religious fell from 77 percent to 68 percent between 2005 and 2011. At the same time, those who identified as atheist grew by 3 percent.

Anthropologists suggest that religion emerged as a way of helping tribes and groups live together without killing each other. The idea of an omnipotent being seeing their crimes may have helped stopped early civilization from committing them. As a result, much of the decision making could be lifted from the shoulders of the average person because religion provided the guidance for what was right and what was wrong. Today, we may have evolved past that.

Harvard University Psychology professor Steven Pinker thinks the reduction in crime has come not from the differences that divide us into groups, such as religion, but by thinking of ourselves within a global society. The world has seen a dramatic drop in violence for long stretches of time, according to Pinker's book "The Better Angels of Our Nature." He even concluded that we are likely living in the most peaceful era for our species when interviewed by the Science Channel show "Through the Wormhole."

"Three hundred years ago I might be burned at the stake for beliefs that I hold today," Pinker says. "And a hundred years before that, I might have had my head cut off with a hatchet in the Indian wars."

Pinker attributes most of this to the increasing role of government and the rule of law, but he also thinks that part of it has to do with intelligence. "You might wonder, are people getting nicer because they're getting smarter and, believe it or not, the answer may be yes."

Dr. Baumard and his colleagues attribute this shift to something very simple, a larger caloric intake. While you might not be what you eat, what you consume has a huge impact on the function and development of your brain. When people had access to more than 2,000 calories a day without the need to burn the calories chasing the next meal, people's behavior evolved. When their behavior evolved, so did their psychological outlook. Since your brain needs food to fuel its work, the increase in food availability could have impacted the increase in intelligence and sparked an evolution in brain development that made us hardwired for empathy and morality.

"You are clearly at a disadvantage if you follow a slow strategy when others follow a faster strategy - if you are faithful when others grab sexual opportunities, if you forgive when others avenge, if you work when others have fun," Dr. Baumard said. "This disadvantage incentivised the elite to morally condemn fast behaviours, in part by adopting and promoting the new religions that legitimised and reinforced a slow morality and promised punishment for trangressors.

"The same idea could also explain the gradual decline of moralising religion in wealthier parts of the world such as Western Europe and the northern parts of North America," he concluded.

The millennial generation, in particular, seems to be opting for a more spiritual approach than following institutional religions, according to Pew. The largest generation in history boasts 80 million plus people in the United States. While some might turn to spirituality during times of crisis, the culture wars organized religion waged during the early 2000s don't match the current values the generation holds. A larger generation practicing less religion and raising less religious children also means a more secular society is continued.