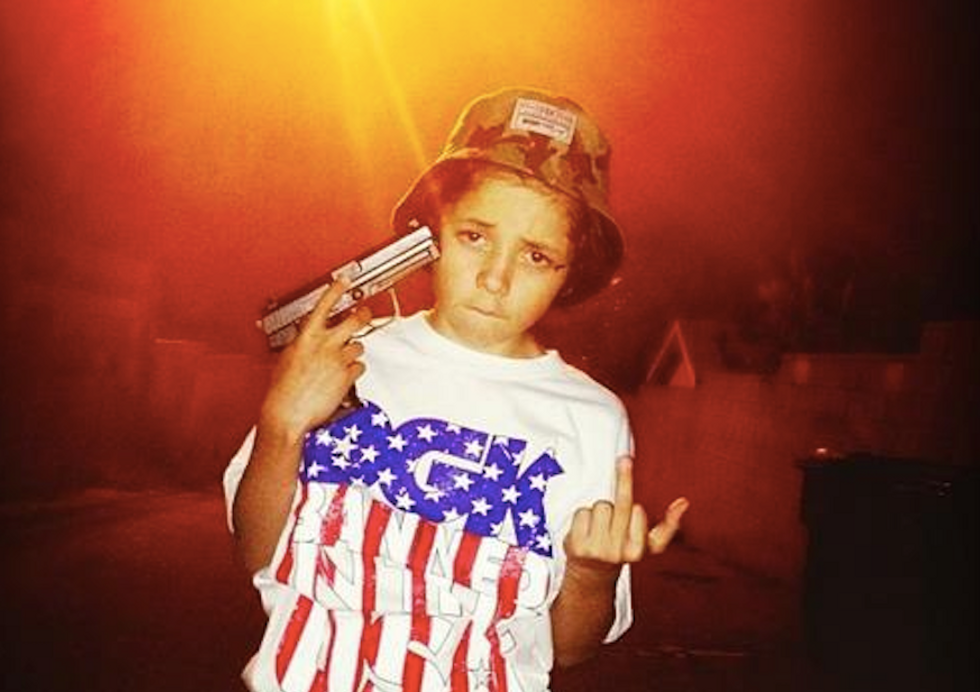 The U.S. Department of Agriculture projects that the average cost of raising a child born in 2013 will exceed $245,000, and birth rates among women in their 20 have reached an historic low in the U.S. (according to the Centers for Disease Control). America’s middle class has been facing a full-fledged economic assault, making it harder and harder to take on the colossal expense of parenthood.

Below are 10 major reasons why the U.S., more and more, has become a terrible place to raise a family unless you’re rich.

1. The High Cost of Childcare

American families are facing a variety of rising costs in 2015, from food to housing. But one of the biggest expenses of all is turning out to be childcare. A 2014 report by Child Care Aware of America found that daycare could be as high as $14,508 per year for an infant and $12,280 per year for a four-year-old. And that is, in a sense, more troubling for new parents than the high cost of college tuition: while that expense is 17 or 18 years in the future, daycare is an expense working parents face right away.

A 2014 report by the Center for American Progress offered little reason to be optimistic about family life in the U.S. The Center found that “investing in the basic pillars of middle-class security—child care, housing and healthcare, as well as setting aside modest savings for retirement and college—cost an alarming $10,600 more in 2012 than it did in 2000.” To make matters worse, the Center reported, incomes for most Americans remained stagnant during that 12-year period.

3. Public Education Is Struggling, and Private Schools Are Unaffordable

The economic meltdown of September 2008 has been bad news for American families on multiple levels. When families are struggling financially and have less money to spend, that harms a variety of businesses. And lower income also means less tax revenue, which harms public education because public education is funded with income taxes as well as sales and property taxes. In 2014, the Center on Budget and Policy Priorities reported that at least 35 states had less funding per student than they did before the Great Recession—and 14 of those states had cut per-student funding by over 10%. Some parents will send their kids to private schools, but only if they can afford to: in 2014, the National Association of Independent Schools (NAIS) found that annual tuition for private high schools in the U.S. ranged from an average of $13,500 in the southern states to $29,000 in the western states to over $30,000 in the northeastern states.

During the Fathers Knows Best/Leave It to Beaver era Republicans romanticize, a college degree practically guaranteed a middle-class income for families. College was much more affordable in those days, but now, a college education is more expensive than ever—tuition costs have more than doubled since the 1980s, and there is no guarantee that a four-year degree or even a masters will lead to the type of job one needs to support a family. A college degree costs more now but delivers less. In the 1950s and 1960s, college graduates working in low-paying, dead-end service jobs was unheard of; now, it’s common. And someone making $8 or $9 an hour is going to have a very hard time paying off a six-figure student loan debt and starting a family.

5. The High Cost of Healthcare

Healthcare is a colossal expense for families in the U.S. The Affordable Care Act of 2010 has brought about some desperately needed improvements: for example, health insurance companies can no longer deny health insurance to a child who has a preexisting condition, such as Type 1 diabetes. But the ACA, which was greatly influenced by health insurance lobbyists, needs to be expanded considerably before it offers families the types of protections that are the norm in France or Sweden—and Republicans in Congress continue to fight Obamacare every step of the way. Raising a healthy child is still much easier in Europe than in the U.S.

6. The Decline of Organized Labor

In Wisconsin, Gov. Scott Walker has been calling for a 20-week abortion ban in his state and reminding anti-abortion groups that he has a history of defunding Planned Parenthood. But if Walker is really concerned about families, he should reconsider his opposition to organized labor. It is no coincidence that when roughly 35% of American private-sector workers belonged to unions in the mid-1950s, it was much easier to start a family: collective bargaining promoted economic stability for the middle class. But in 2014, the Bureau of Labor Statistics (BLS) reported that the unionization rate in the U.S. was a mere 6.6% for private-sector workers and 11.1% when private-sector and public-sector workers were combined. The BLS also reported that non-union workers were only earning 79% of what unionized workers were earning. At a time when union membership in the U.S. is the lowest it has been in almost 100 years, Walker just made Wisconsin a right-to-work state, which will bring union membership down even more.

If the U.S.’ national minimum wage had kept up with inflation, it would be much higher than its current rate of $7.25 an hour. President Barack Obama has proposed raising it to $10.10 per hour, while economist Robert Reich favors raising it to $15 an hour nationally. Raising the minimum wage would hardly be a panacea for American families, but it would be a step in the right direction. However, even Obama’s proposed $10.10 per hour is unlikely to come about as long as far-right Republicans are dominating both houses of Congress.

9. Outsourcing and the Loss of American Manufacturing Jobs

Thanks to globalization, neoliberal economics and disastrous trade deals such as the North American Free Trade Agreement (NAFTA) and the Central American Free Trade Agreement (CAFTA), the U.S. has been steadily losing manufacturing jobs for decades. A study by the Economic Policy Institute found that in 2011, globalization had depressed wages for non-college-educated Americans by 5.5%. And now, both Republicans and the Obama administration are pushing for the Trans Pacific Partnership (TPP), a free-trade deal that opponents have been calling “NAFTA on steroids.” Resulting in more manufacturing jobs being outsourced, TPP will make life even worse for blue-collar families in the U.S.