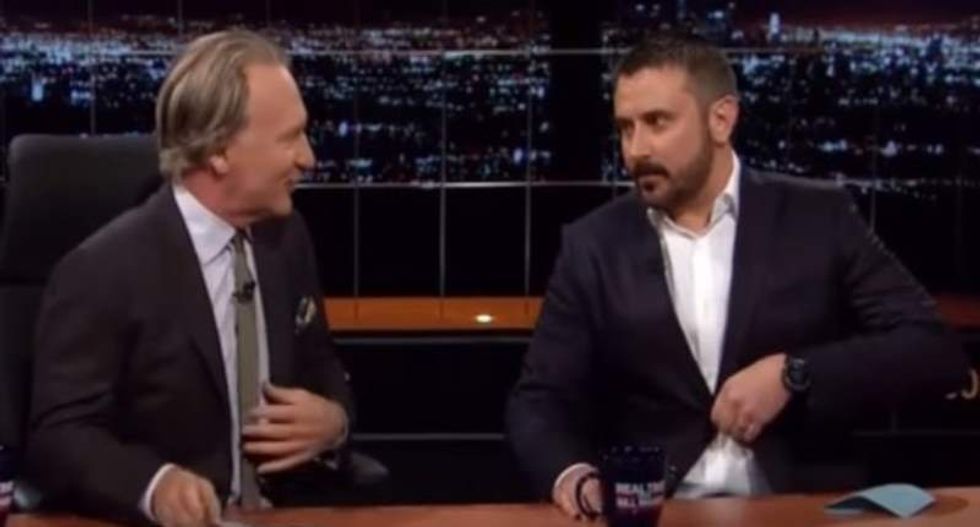 Journalist and Intercept co-founder Jeremy Scahill warned Bill Maher and his Real Time panel on Friday not to downplay Donald Trump's ascendance to the top of the Republican Party.

"I believe that what we're seeing with Trump has whiffs of how Hitler rose to power," Scahill said.

Scahill argued that Trump's anti-Mexican and anti-Muslim campaign rhetoric gave public voice to what he called "a significant minority of the population," which caused it to feel emboldened enough to openly espouse their own bigoted beliefs.

"Trump has brought to the public the fact that we have a real strain of fascism in this country," he told Maher.

At the same time, he said, neither of the Democratic candidates -- Hillary Clinton and Sen. Bernie Sanders -- can claim to be "doveish" in comparison.

"As a journalist, I'm not a Democrat or Republican," he said. "I believe in holding all of these people accountable -- including Bernie Sanders, who actually supported regime change in Iraq as much as he wants to attack Hillary."