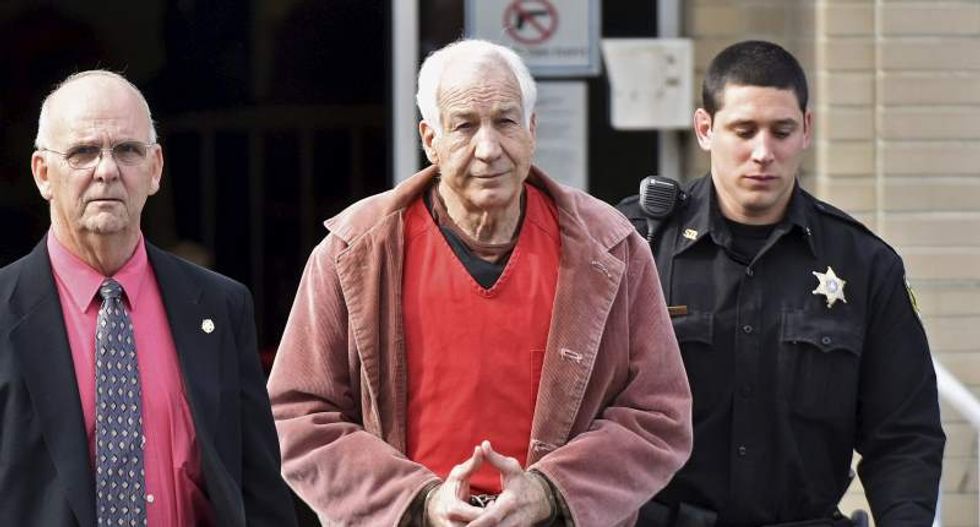 Penn State's revered former head coach Joe Paterno was told of child sexual abuse by convicted molester Jerry Sandusky as far back as 1976, decades before previously thought, but did not report it to higher authorities, a court document showed.

Paterno, the coach with the most wins in major college football history, died in 2012 after being fired over revelations that Sandusky, his coaching assistant, sexually abused a young boy in the Penn State football showers in 2002.

The revelations that Paterno appeared to know about abuse decades earlier come the same day a different judge in Pennsylvania granted Sandusky a hearing later this month to press his case for a new trial.

Sandusky, 72, is serving 30 to 60 years in state prison after a jury convicted him in 2012 of molesting 10 boys at Penn State sports facilities or through the auspices of the Second Mile, his former charity.

Lawyers for Sandusky can pursue several issues at the May 20 hearing, including the competency of his trial attorney, whether prosecutors and the judge who oversaw the grand jury withheld evidence and whether the state attorney general's office leaked sealed grand jury material to a reporter in 2011 in a bid to encourage other victims to come forward.

John Cleland, a visiting judge in the Center County Court of Common Pleas in Bellefonte, Pennsylvania, ordered the evidentiary hearing.

In a statement, Bruce Castor, a state prosecutor, said Sandusky's claims were without merit.

"Mr. Sandusky has nothing but time on his hands and thus can claim anything he likes," said Castor.

Sandusky has already lost several previous appeals. The current claims were brought under the state's Post-Conviction Relief Act, which allows appeals based on ineffective legal counsel and constitutional violations, among other grounds.

The new allegations against Paterno came in an opinion issued on Wednesday in a lawsuit between Penn State and an insurer over whether the insurer had to indemnify Penn State for settlements with Sandusky victims.

The order by Philadelphia Court of Common Pleas Judge Gary Glazer says that a boy testified in a sealed deposition that he told Paterno in 1976 that Sandusky had abused him.

The order also cites two other incidents, in 1987 and 1988, in which unnamed assistant coaches saw Sandusky having inappropriate contact with boys and told Paterno.

"There is no evidence that reports of the incidents ever went further up the chain of command at PSU," Glazer wrote.

Because Paterno did not report the three incidents to top university officials or to police, Glazer said the university can legally claim it was unaware of them and thus remains insured for any settlements with victims prior to 1992, when the liability policy was changed to exclude sexual abuse.

Reuters could not reach Sandusky's lawyer for comment Thursday night on the new allegations.