Maddow: Debating Sanders is 'a hat trick, grand slam and slam dunk' all at once for Trump 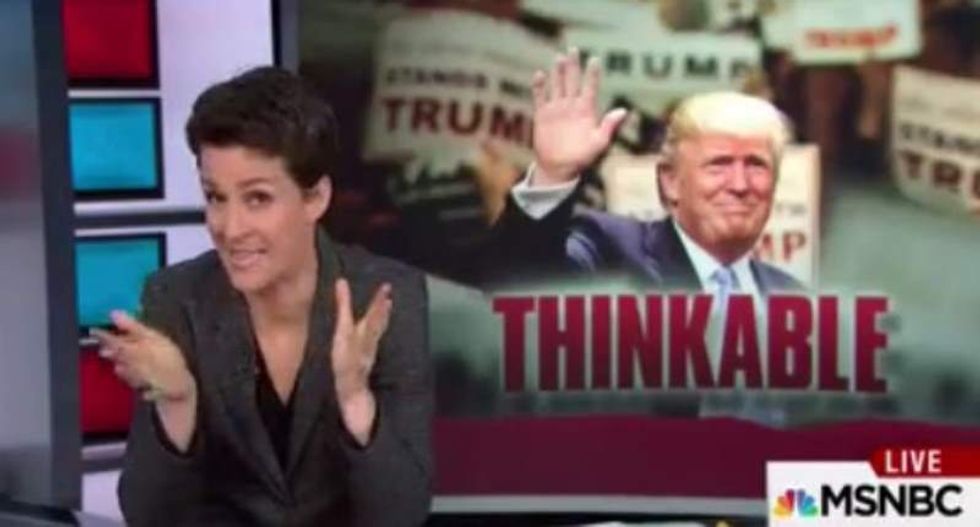 Rachel Maddow discusses the prospect of a debate between Donald Trump and Sen. Bernie Sanders on May 26, 2016. (MSNBC)

MSNBC host Rachel Maddow argued on Thursday that the prospect of a debate between Sen. Bernie Sanders and Donald Trump was "a hat trick, a grand slam and a slam dunk all in one" for the Republican presidential nominee.

While Sanders has no chance of winning the Democratic nomination from former Secretary of State Hillary Clinton, she said, Trump faces no risk at all after garnering the necessary 1,237 delegates for his party more than a month before the GOP convention in Cleveland.

She also found it "very strange" that Democrats could allow Trump to hijack their party's primary, comparing it to the prospect of President Barack Obama agreeing in 2012 to debate Newt Gingrich instead of then-Massachusetts Gov. Mitt Romney during the Republican primary campaign.

"It would have been a hilarious, hilarious play in the other party's primary," she said. "A giant cross-party dirty trick."