Maddow: Trump went from spewing conspiracy theories to control of the GOP in a day 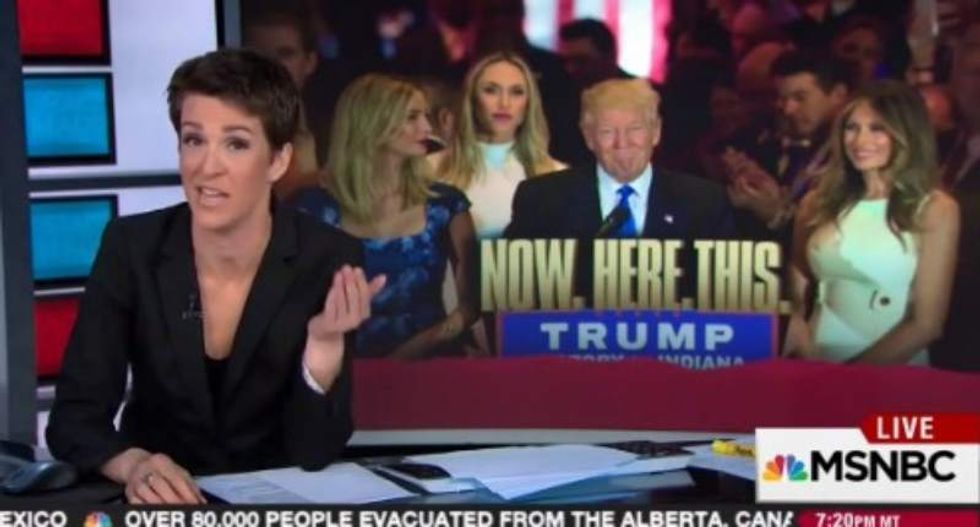 MSNBC host Rachel Maddow explained on Thursday that while Donald Trump's presidential campaign had historical precent, his apparent rise to the Republican presidential nomination does not.

"If you are a Muslim, today will always be the day that one of the two parties in our country nominated somebody for president who thinks you and your family should be banned from entering this country on the basis of your religion," she said.

It only took Trump eight more days to be the last GOP candidate standing, Maddow pointed out, than former Massachusetts Gov. Mitt Romney needed to accomplish the same during his 2012 campaign.

"The Republican party, it turns out, is made of sugar -- and its raining," she said. "And boy did it fall apart fast."

Candidates with extreme views like George Wallace and Pat Buchanan had seen some success in Republican primaries past, Maddow said, but Trump represented something new.

"Yesterday he was accusing Ted Cruz's dad of being in on the JFK assassination; now he's about to start getting classified CIA briefings as the Republican Party's nominee for president."