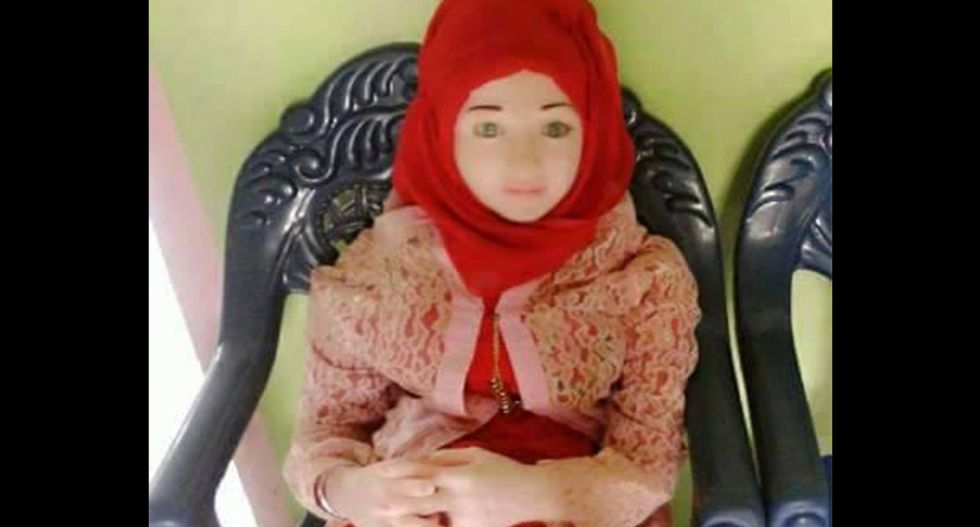 Indonesian blow up doll — not an angel. (Photo from Facebook)

No, this is not the Rapture and no angels aren't falling from heaven. The woman that fell to Earth was actually a blow-up sex doll and she landed in a small village in Indonesia.

According to the SFGate, it all began with a well-timed solar eclipse that fell over Bangaii. A 21-year-old fisherman was walking on the beach and spotted what he thought was an angel. He took her home, dressed her up, complete with hijab and proudly told his parents about this amazing creature from God. They even changed her clothes daily as a sign of respect.

The problem is that the gift from God was actually a really fancy sex toy. We're not just talking about a plastic blow-up doll. She was a reasonably fancy looking sex doll.

Understandably, the villagers began to talk, rumors spread and the local police paid a visit to the family.

"So it was checked by one of our team. It was a sex toy," the area’s police chief Heru Pramukarno said.

The tragic news also reasonably explained why the "angel" was beginning to deflate.