Medical error now third-largest cause of death in US: researchers 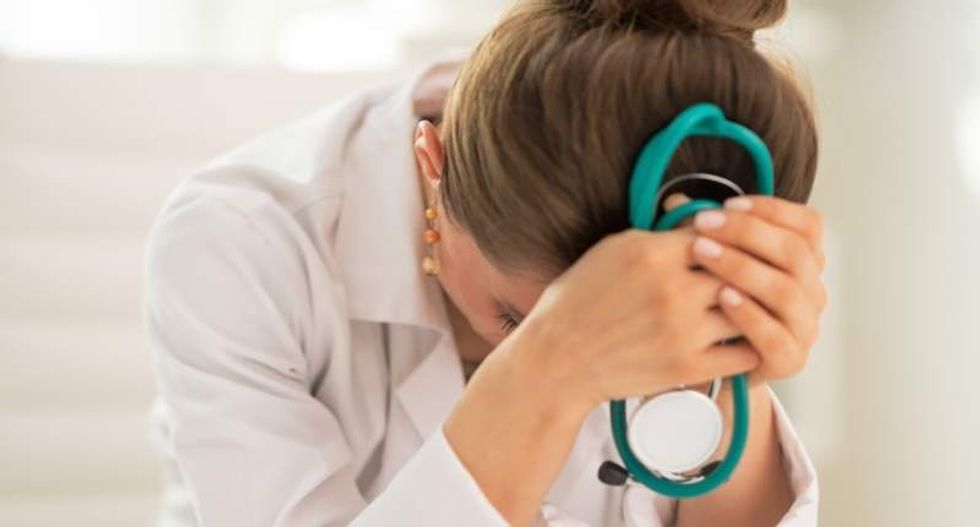 Medical error is the third largest cause of death in the United States, according to an analysis published Wednesday in the medical journal BMJ.

In 2013, at least 250,000 people died not from the illnesses or injuries that prompted them to seek hospital care but from preventable mistakes, according to the study.

That number exceeds deaths from strokes and Alzheimer's combined, and is topped only by heart disease and cancer, which each claim about 600,000 lives per year.

The death toll from medical mishaps would be even higher if nursing homes and out-patient care were included, the researchers found.

"People don't just die from bacteria and heart plaque, they die from communication breakdowns, fragmented healthcare, diagnostic mistakes, and over-dosing," said Martin Makary, a professor at Johns Hopkins University School of Medicine in Baltimore and lead author of the study.

"Collectively, these represent the third leading cause of death in the United States," he told AFP, adding that it is one of the most underreported endemics in global health.

Experts do not know the exact number of people who die from botched surgeries, faulty prescriptions, or a computer glitch simply because no one is keeping count.

Along with more than 100 other nations, the United States uses a system for collecting national health statistics -- recommended by the World Health Organization -- that does not keep track of medical errors.

"The absence of national data highlights the need for systematic measurement of the problem," said Makary.

"Our study took the best science on the incidence of medical mistakes killing people in the delivery of care, and extrapolated that to the amount of care that we administer."

The scope of the problem in the United States -- which tops the world in per capita spending on health care -- is probably about the same in other rich countries, he said.

As for the developing world, the situation is likely worse.

While it is not realistic to expect that human error can be eliminated in health care, protocols and "safety nets" can be put in place to track medical errors and reduce their number, the study concluded.

Death certificates, for example, could ask whether a preventable problem stemming from the patient's medical care might have contributed to the death.

But asking hospitals and doctors to self-report their mistakes without offering a higher degree of protection from possible prosecution is a tall order, Makary acknowledged.

"It is difficult to create an open and honest conversation around the problem of people dying from the care that they have received," he said.

But the governor declined to comment when asked whether he bears any responsibility for the alleged misconduct.