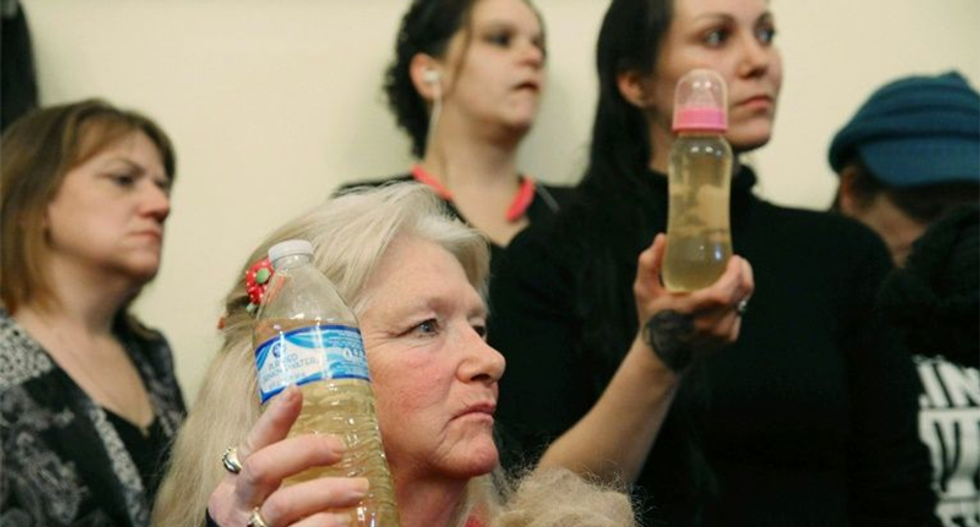 The past several months have not been good for residents of Flint, Michigan who have had to suffer through a massive public health crisis related to lead-contaminated drinking water. Things aren't going quite so poorly for everyone in Michigan, however, as new estimates project that Michigan corporations will contribute nothing to state coffers this year.

The Detroit News reports that corporations in Michigan are projected to get a net tax refund this year as they cash in on outstanding tax credits, many of which were enacted under the watch of former Democratic Gov. Jennifer Granholm at the start of the Great Recession in an effort to keep businesses in the state. These tax breaks, combined with the tax code overhaul pushed through by Republican governor Rick Snyder back in 2011, mean that Michigan will see a $99 million net loss in revenue from its principal business taxes.

This giant drop in taxes will force legislators to make cuts to budgets they recently approved, as current and upcoming fiscal year revenue projections have dropped by a total of $333 million. Republican Dave Hildenbrand, who serves as Michigan's Senate Appropriations Chairman, acknowledged to The Detroit News that the optics of this aren't good, but said that clawing back the tax breaks now would create economic instability.

"We were all scrambling to try and save this economy, and that’s why all these credits were put in place,” he told the paper. “Now, it’s pretty tough to go back and take those away when promises were made. I think we try to create stability, with the understanding that in time they’re going to go away and things are going to get a lot better.”