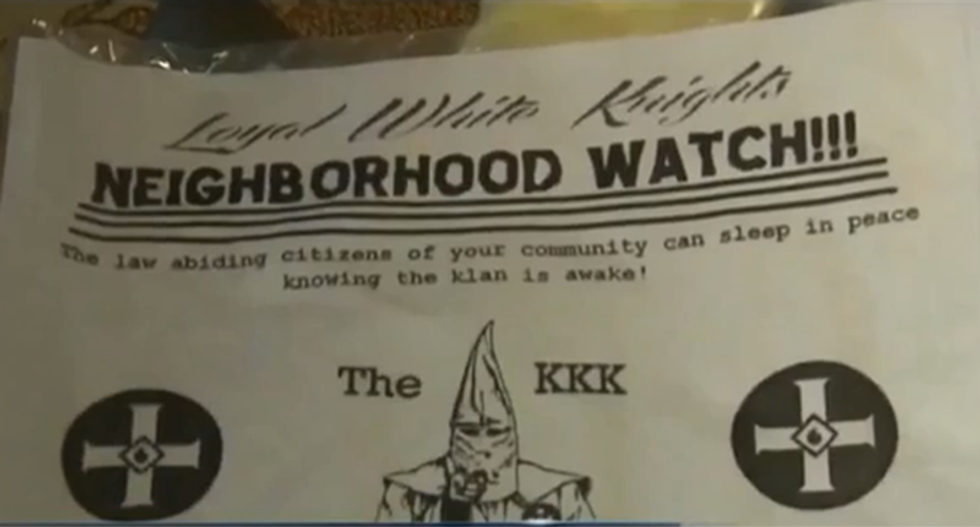 "The law abiding citizens of your community can sleep in peace knowing the klan is awake!" the flier says before a photo of a hooded klansman.

"Why are y'all spreading these?" a reporter for WAPT asked when she called the number on the flier.

"We are spreadin' em to let people know The Klan is in the neighborhood," an unidentified man claiming to be a Grand Dragon of the KKK said over the phone. "We are here wanting to protect the Christian values of what is left of white America."

When asked how the man plans to protect people he explained, "If an individual is having trouble in his neighborhood... Let's say he's having trouble in a Latino neighborhood or some of the African-Americans in his community, they can call us, let us know the situation. And if it's a situation we feel like needs to be looked into. We will look into it."

The neighborhood's security company said that they have safety and security under control. One resident explained that even if they didn't, the last thing he wants is help on behalf of the KKK.

Check out the full report below via WAPT: