Mother Jones editor blows up at Ann Coulter over Trump's taxes: 'You want a crook in the White House' 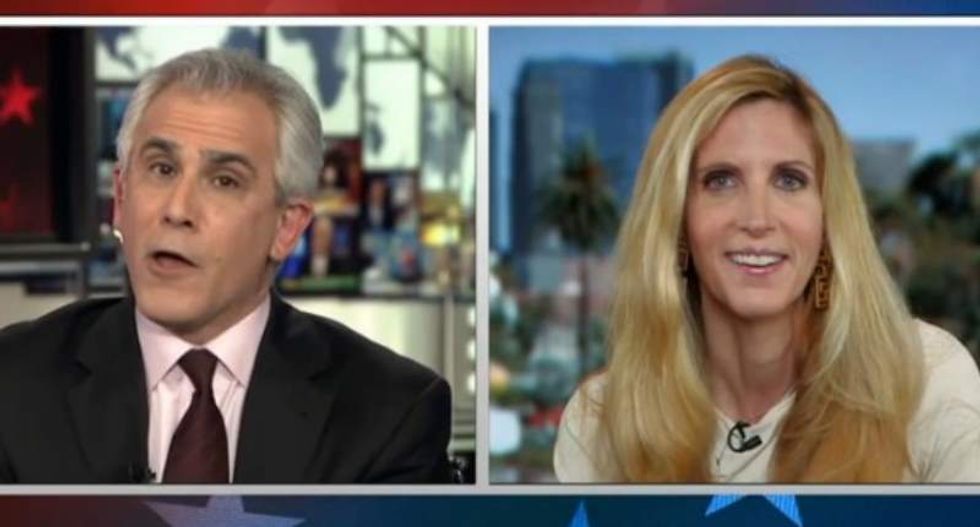 "Poor baby," Corn said mockingly during a discussion on Hardball. "Every other president has done that, including Dick Nixon when he was under audit. Because you can tell whether he's hiding money offshore, whether he gives money to charity --"

"Exactly," Coulter replied. "Why should he?"

"So that's good -- you want a crook in the White House," Corn shot back. That's fine, Ann. You can go ahead and do that."

"He's not a crook," Coulter insisted.

"You don't know if you're a crook," she replied.

Trump has argued that he cannot release his returns because of an Internal Revenue Service audit. However, the agency has said that that should not prevent him from doing so. The Washington Post reported that according to its polling, six out of ten independents and as 44 percent of Republicans, feel he should do so. But Coulter argued on Monday that his supporters would not care about the issue.

"For people to go around and says, 'It's legal for you to release them' -- well yeah, somebody charged with murder, it's legal for him to go out and talk to the press," she said. "I'm pretty sure his lawyer's gonna tell him not to."