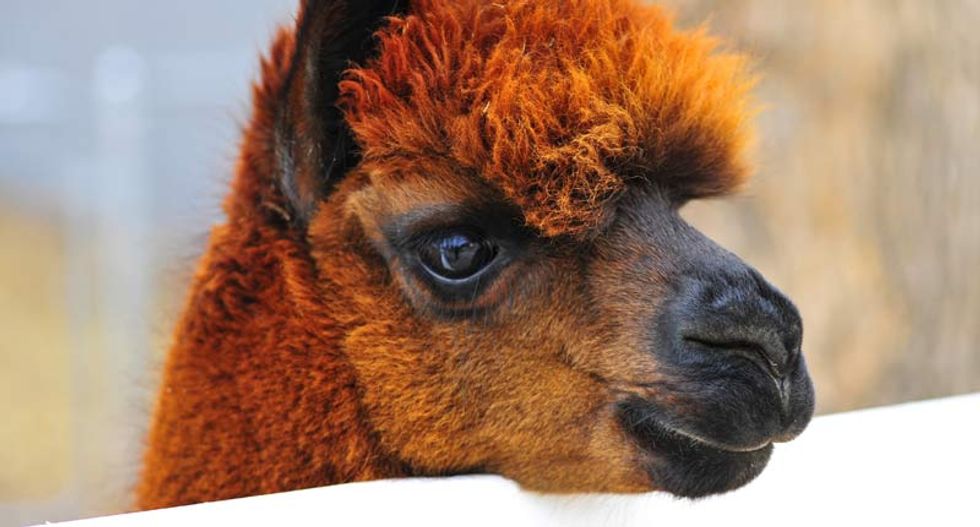 A New York state alpaca farmer has been arrested for killing 143 alpacas. He was charged with animal cruelty after it was revealed that the animals died from malnutrition and sickness. On Friday, Dayton Wood was charged with 143 counts of "over-driving, torturing and injuring animals, and failure to provide proper sustenance," the Binghamton Press Connects reported.

Cortland County SPCA officials   (CCSPCA) responded to an anonymous tip about dead alpacas on the Sam Groome Alpaca farm in the town of Marathon. Groome, who is a resident of Florida, came up to the farm to check out the complaints on March 10.

Wood had been the animals'  paid caretaker. CCSPCA Chief Law Enforcement Officer William Carr revealed details of how the animals had died over several months. The CCSPCA and officers of the law conducted an investigation, which lasted over a month. Woods was charged on April 29.

"Carr said most died from not eating enough and coming down with other illnesses. It is suspected the alpacas had to compete for the food the caretaker provided them, he said, and those that could not were unable to survive," the Press Connects reports.

When officials investigated, only 21 alpacas were still alive. A few of the survivors have been sold, while 15 of them remain on the farm under a different caretaker.

Carr said that Wood stopped feeding the animals when they were supposed to be fed. Wood had another job in addition to his caretaking duties, but Carr characterized Wood's decision to starve the animals as arising from laziness.

Wood was charged under the New York State Agriculture and Markets Law. The 143 charges are all misdemeanors.