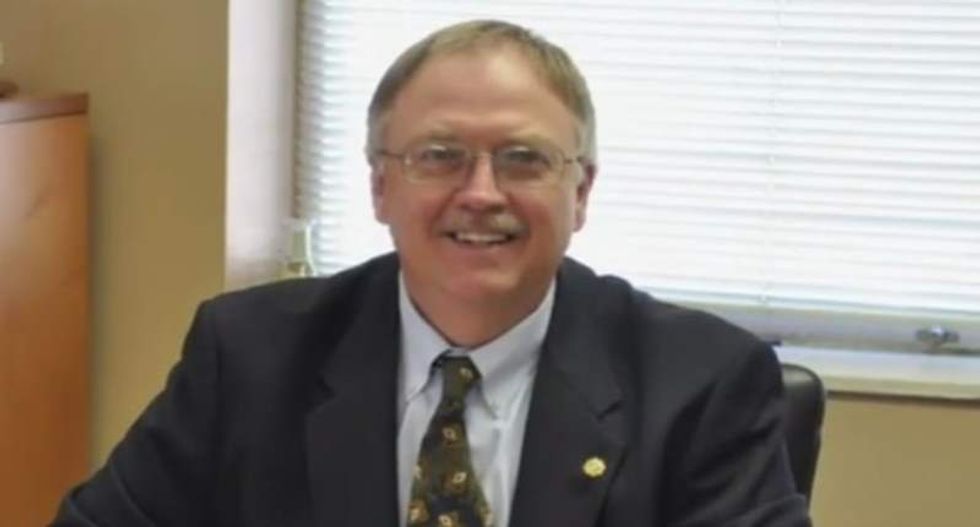 The murder of Colorado's prison chief by a white supremacist ex-convict in 2013 was ordered by leaders of a neo-Nazi gang, the Denver Post reported on Friday, citing newly released documents.

The disclosures came in a report by the Texas Rangers, who conducted their own probe into the slaying after the suspect in the murder of prison chief Tom Clements died in a shootout with police outside the town of Decatur, Texas, two days after fleeing Colorado.

Reuters could not independently obtain the report.

Clements, 58, who headed the Colorado Department of Corrections, was gunned down in March 2013 after he answered the door of his home in the town of Monument, about 45 miles south of Denver, sparking a nationwide manhunt.

Colorado authorities have said the suspected shooter, Evan Ebel, was a member of the 211 Crew, a prison-based white supremacist gang. No one has been arrested or charged as an accomplice in Clements' murder.

An investigative report by Texas Ranger James Holland states that the killing was an orchestrated hit, the Post reported.

"The murder of the Colorado Department of Corrections director was ordered by hierarchy of the 211 prison crew,” the newspaper quoted the report as saying.

Jacqueline Kirby, a spokeswoman for Colorado's El Paso County Sheriff's Office, the lead agency in the Clements murder investigation, said in an email that her office would not comment on the Texas report.

"Our investigation into the Clements homicide is still ongoing, therefore we will not be speaking to that," Kirby said.

According to the Post article, an informant said to investigators that he was told by James Lohr, a 211 "general," that Lohr ordered Ebel to kill Clements and told other gang members to help Ebel flee to Texas.

Ebel, 28, who had been paroled two months before the killing, was demoted from a soldier in the gang to a mere "prospect," the Texas Ranger report said. Lohr said killing Clements would enhance his gang status, according to the report.

When Clements answered the door, apparently thinking a deliveryman was at the wrong house, Ebel opened fire.

Lohr is serving a nine-year sentence in state prison on unrelated weapons charges and for eluding police.

(Reporting by Keith Coffman in Denver; Editing by Curtis Skinner and Leslie Adler)