'No one gave a F*ckabee': Watch Conan O'Brien's hilarious 'tribute' to the GOP's losing candidates 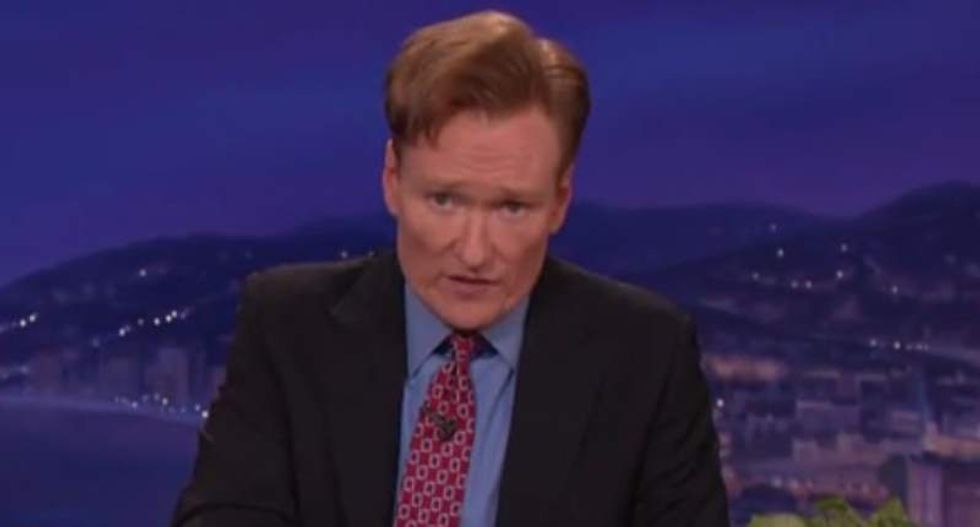 Conan O'Brien pays his respects to the Republican presidential candidates who lost the race on May 4, 2016. (TBS)

Conan O'Brien took a minute on Thursday to offer his own "in memoriam" -- for the Republican presidential candidates who fell by the wayside from the race.

The tribute, set to the standard soft piano music, listed both the date each of the 16 candidates dropped out, as well as a "cause of death." Mike Huckabee, for example, was done for because "no one gave a F*ckabee," while Carly Fiorina "fell off [the] world stage." Former Sen. Rick Santorum (R-PA), however, suffered a fate so graphic even O'Brien had to tell viewers to look it up online.

Watch the segment, as aired on Thursday, below.