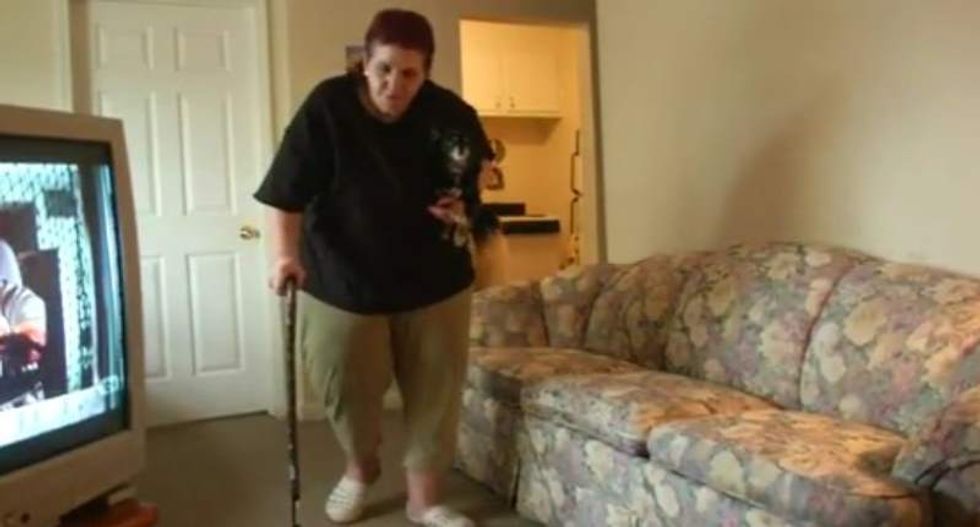 Rose Marie Eidshahen says she struggles with pain since her doctor, Eugene Gosy, was indicted (WIVB-TV)

A Williamsville, New York doctor's indictment for issuing 300,000 illegal painkiller prescriptions has left several patients without a means of acquiring medications they need for their day-to-day lives.

According to the New York Daily News, Goss filed false claims worth more than $241,000, and would sign blank prescriptions allowing patients to enter both the type of medication they wanted and the dosage, sometimes while Gosy himself was out of the country, a process that created 300 illegal prescription renewals a day.

If convicted, he faces a $1 million fine and up to 20 years in prison. But the closing of his office for two weeks following the indictment left Eidshahen and other patients struggling to find a new medical provider. One of them, Stephen Szymoniak, said he was placed on numerous waiting lists while searching for a doctor who could fill his prescription for buprenorphine, an opioid which is not widely available because prescribing it requires a certain certification.

"I learned that it costs an average of $200 to just have an intake appointment with a doctor licensed to prescribe me buprenorphine, and the lowest cost for appointments was $100 every two weeks," Szymoniak told the Buffalo News. "That's unrealistic for me."

While officials in Erie County, where Sosy's office is located, encouraged his patients to seek new providers or try to wean themselves off of painkillers, patients like Sue Nagy rejected that allegation, saying that they should not be treated as if they were addicted and looking for "scams" to get their medications.

"Going to another doctor is not as easy as it sounds," said Nagy, who takes oxycodone on account of having spinal stenosis. "Even if you find one who will take you, you have to go through from scratch all the rigmarole to obtain pain medication."

Gosy did not surrender his medical license, but did give up his license enabling him to prescribe controlled substances.

According to the Buffalo News, doctors who share Gosy's certification allowing them to prescribe opioids are under increased scrutiny because of a surge in opioid and heroin overdoses, which cause an average of 11 deaths per week in the US.

Watch WIVB's report on the effects of Gosy's indictment below.