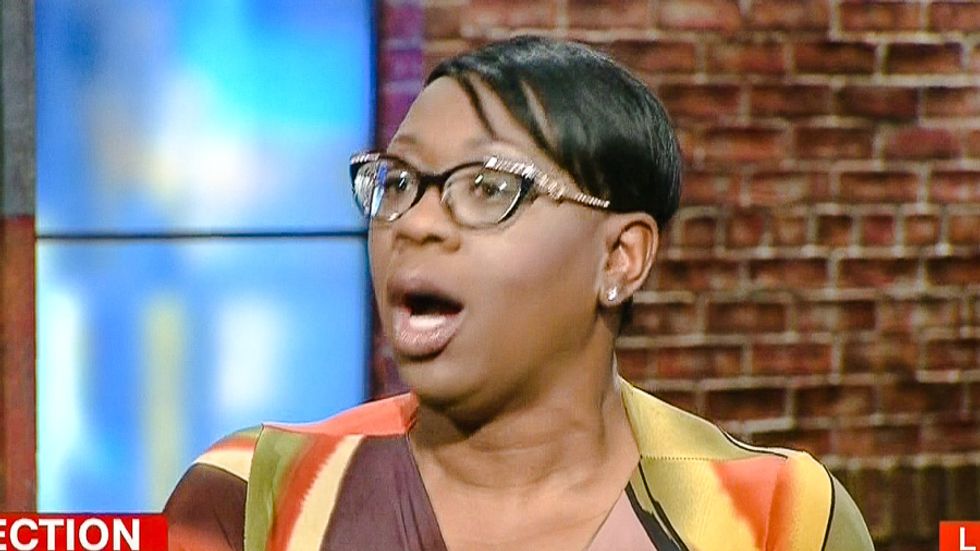 Bernie Sanders surrogate Nina Turner could not suppress her frustration on Wednesday at a CNN host who claimed that chairs were thrown at the Democratic convention in Nevada.

During an interview on CNN's New Day, Turner explained that reforming the Democratic Party's primary system was going to be a "messy" process, but it did not have to be "violent" like the riots that broke out after a Donald Trump rally in Albuquerque, New Mexico on Tuesday night.

"New Mexico compared to what happened in Nevada, while some in the media continue to talk about violence in Nevada," she explained. "New Mexico was violent. Nevada, that was people lifting their voices."

"You could also argue that what happened in Nevada has no place in democracy either," Cuomo said.

"I was in that room for at least eight hours," Turner insisted. "No one was hurt, no violence was propagated in that room. And I just have a problem with folks calling that violence. Yes, people lifted their voices. They got up in front of the stage. They said, you cheat -- you're cheating."

"Some stuff was thrown as well," Cuomo interrupted.

"Aw, Chris, nothing," Turner gasped. "What chair, what video? Did you see the video of a chair thrown?"

"Those are the reports from the floor," the CNN host noted.

"Why do you have to bring him into this?" Cuomo asked.

"I've got to, I need him," Turner replied. "This election, we need some Jesus."

Although videos show at least one Sanders supporter raising a chair over his head in Nevada, Snopes found claims that chairs were thrown to be "false."