Ouch: Watch as Ted Cruz accidentally elbows his wife in the face after leaving presidential race 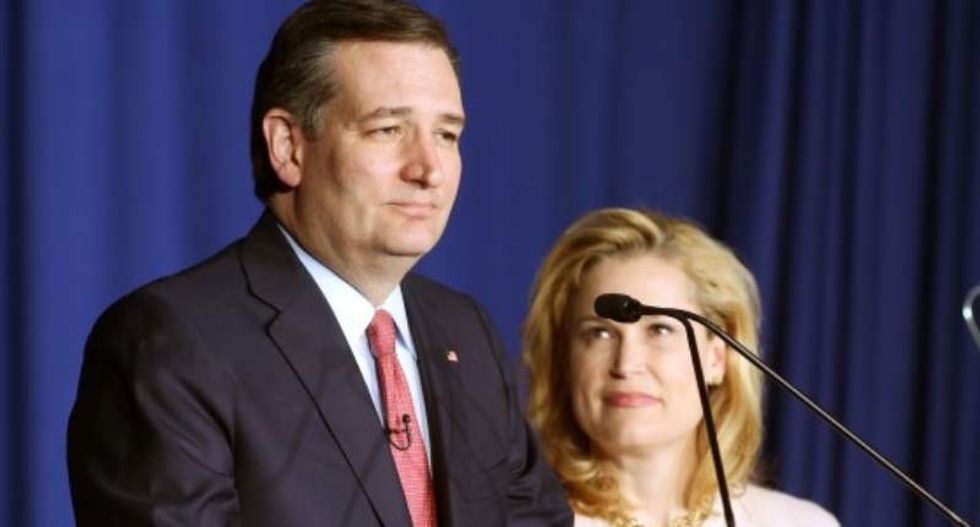 Sen. Ted Cruz announces that he is dropping out of the 2016 race for the Republican presidential nomination as his wife Heidi looks on at his Indiana primary night rally in Indianapolis, Indiana, U.S. on May 3, 2016. (Reuters/Chris Bergin)

Ted Cruz's presidential primary campaign was filled with many awkward moments and it followed suit to the bitter end Tuesday as Cruz accidentally hit his wife in the face after calling his campaign quits. After Cruz made his announcement, he turned and hugged his wife, Heidi. Then his father then walked over to console him. But…