People are definitely going to have sex in driverless cars, experts confirm 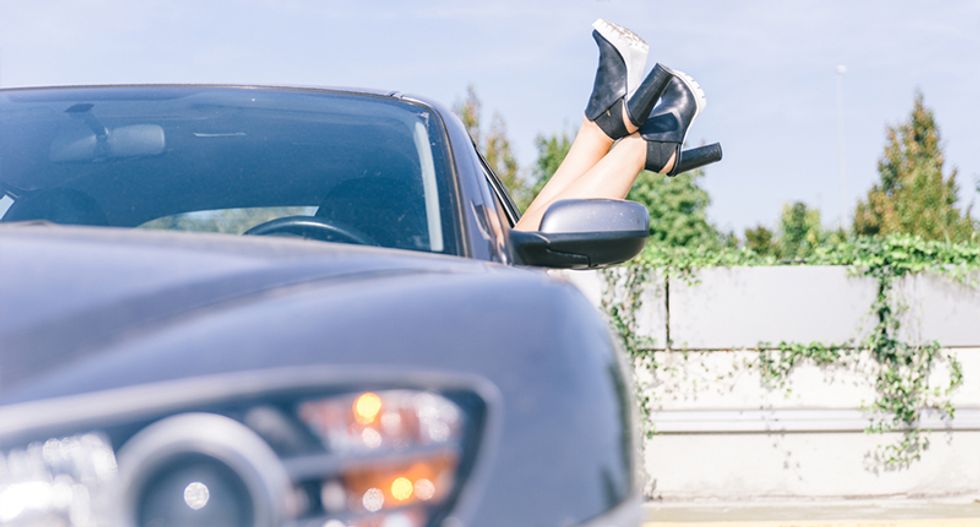 Google and Fiat announced that they are collaborating to bring the driverless car to the mass market. That reality also means that there will be a greater increase in sex in these cars, according to experts at the Canadian Automated Vehicles Centre of Excellence (CAVCE).

“I am predicting that, once computers are doing the driving, there will be a lot more sex in cars,” says Barrie Kirk, the executive director of the CAVCE, to the CBC. That gives the sense of "hands-free" a whole new meaning. “That’s one of several things people will do which will inhibit their ability to respond quickly when the computer says to the human, ‘Take over.’”

Kirk also concluded that driverless vehicles must be rolled out to the mass market with caution and care. He's afraid of what might happen if people take the idea of "driverless" a little too literally. “People who already trust technology already do things like text, play with pets, take photos. There are videos of people in Tesla cars where people read the paper, brush their teeth. It’s very dangerous.”

Cantech Letter cites the book, “Our Robots, Ourselves,” by MIT engineer and historian of automation and technology David Mindell, who used the Apollo space program as an example of a mission they hoped could eventually be automated. But early on, observations showed it wasn't the best idea, technologically speaking. “The sophistication of the computer and the software was used not to push people out, but to give them true control over the landing,” Mindell explained in a press release last year.

Legally speaking, even if the car was purely driverless, sex in a vehicle can qualify in most states as indecent exposure and breaking obscenity laws. Sadly, it is illegal to have sex in public, and according to Bustle's how-to guide, in most states it is a misdemeanor.

A Florida appellate court ruled Friday that a trial judge abused his authority in ordering state government to retain a Black-access congressional district in North Florida before holding a full trial on whether the state’s Fair District amendment required doing so.

The 20-page opinion (docket here) from the First District Court of Appeal in Tallahassee arrived exactly one week after the same court reinstated an injunction against enforcing a congressional redistricting plan forced upon the Legislative by Gov. Ron DeSantis that abolished the district in question.

Former FBI Assistant Director Frank Figliuzzi voiced his disbelief on MSNBC that Uvalde Independent Schools Chief of Police Pete Arredondo was the on-scene commander who bungled the response to the mass shooting at Robb Elementary School on Tuesday.

Figluizzi was interviewed by MSNBC's Nicolle Wallace after more stunning revelations about law enforcement's response to the shooting.

Cole Wist was a Republican state House member in Colorado with an A grade from the NRA. Then, in 2018, he supported a red flag law, sponsoring a bill to allow guns to be taken away — temporarily — from people who pose an immediate threat to themselves or others.