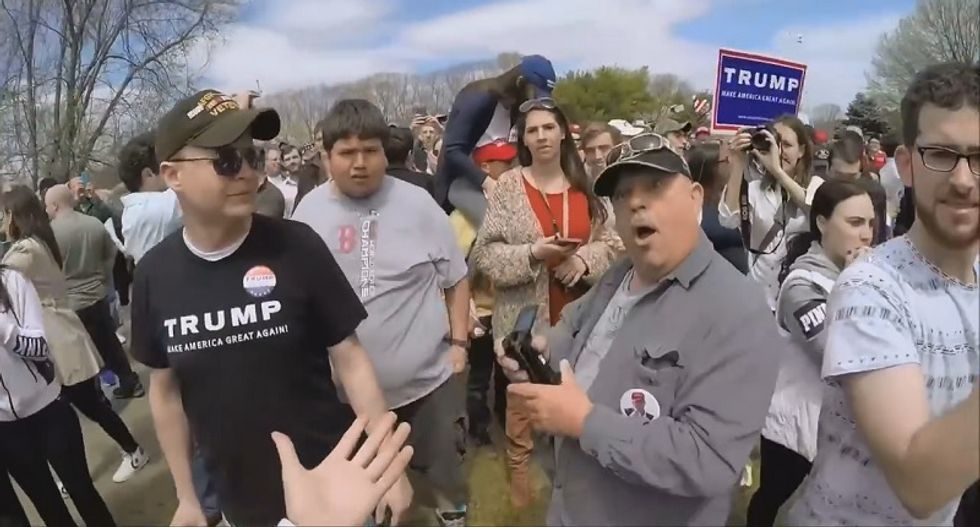 Rhode Island police are looking for a man who took someone's camera at a Donald Trump rally and purposely broke it, WPRI reported.

Warwick police are asking for the public to help identify the man, who was seen in the video grabbing the camera, breaking it, then throwing it into the raucous crowd at the April 25 rally while the owner asked to have it back.

The camera's owner can be heard saying, "Hey man. Give me the camera back."

The man responds, "Try and take it!"

Police do not give the name of the camera's owner.

"The Warwick Police is asking your help to identify the pictured white male, in his 50's or 60's, wearing a grey jacket and black baseball cap," the police department's Facebook post reads.

The man is wanted for larceny and malicious damage of property, WPRI reports.