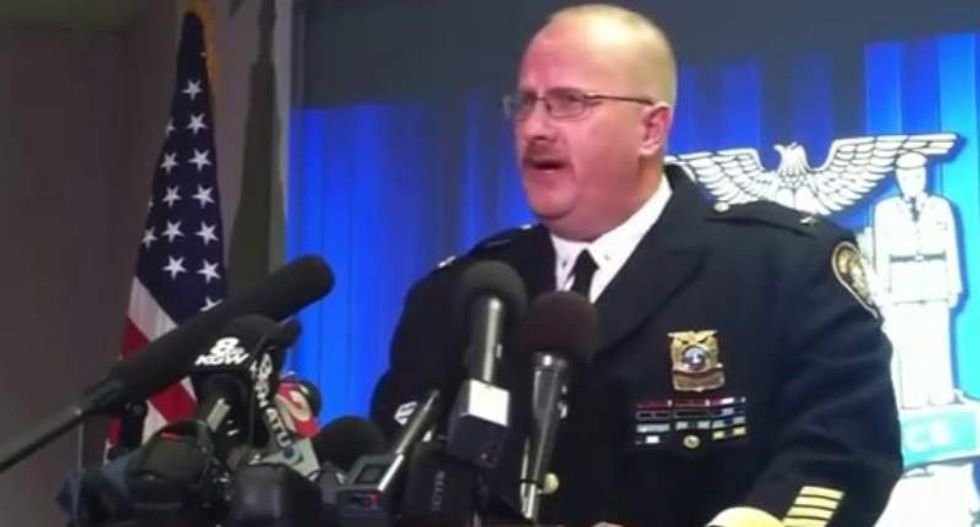 The police chief of Portland, Oregon was placed on leave in the wake of accusations that he accidentally shot a friend and lied about it to investigators in a widening scandal that has raised questions about a possible coverup.

Police bureau chief Larry O’Dea shot a close friend in the back while hunting last month in Harney County, 350 miles east from Portland, according to officials investigating the case. He initially told local police that the injured man had accidentally shot himself.

The disclosure of the shooting one month after it happened and the revelation that O’Dea may have misled law enforcement in the aftermath have sparked widespread criticisms of the chief and Portland’s mayor, making the liberal west coast city the latest US municipality to be caught up in a major police misconduct controversy.

The San Francisco police chief resigned last week in the wake of numerous scandals, Oakland police are battling multiple officer misconduct allegations, and chiefs across the country have lost their jobs in the face of controversial cases over the last year.

Mayor Charlie Hales announced Tuesday that he has placed O’Dea on administrative leave, pending the outcome of an ongoing investigation. “We need our Police Bureau operating at its best, and our officers can’t do that when there’s turmoil and confusion surrounding their leader,” Hales said in a statement. “Chief O’Dea has been providing excellent service as our police chief, and now needs to focus on these investigations.”

On 21 April, the Harney County sheriff’s office responded to 911 call about a 54-year-old man who had been shot. Sheriff Dave Ward “was told that it was a self-inflicted accidental shooting”, according to a statement he released Monday.

“Further information was gathered which contradicted this,” according to Ward’s office, which said O’Dea did not identify himself as a police chief or as an officer.

Ward did not learn of O’Dea’s background and his role in the shooting until 16 May, according to the sheriff.

Ward declined to comment further on Tuesday, but told the Oregonian that he only uncovered the truth when he interviewed the injured man last week.

“The victim made it pretty clear he didn’t shoot himself,’’ Ward told the paper, noting that O’Dea and several companions had initially misled police. “The victim knew who shot him.’’

O’Dea has offered little comment about the case, which is now under investigation by Oregon state police and the state department of justice.

Portland sergeant Peter Simpson described the shooting in an email as a “negligent discharge from [O’Dea’s] .22 caliber rifle that injured one of his very close friends”.

O’Dea added in a statement: “I’m very thankful that my friend is ok and I’m tremendously upset this happened.”

Simpson said O’Dea is barred from commenting further while the state police and internal investigations are pending.

Ward and other critics have questioned why both the chief and Portland mayor, who serves as the city’s police commissioner, did not immediately disclose to Harney County investigators that O’Dea was the shooter.

Hales’ spokeswoman Sara Hottman wrote in an email: “There’s no reason the Mayor’s Office would contact the Harney County Sheriff’s Office; investigators would contact us if they had questions.”

Hales initially released a sympathetic statement last week, saying, “Larry O’Dea is a great chief, who is heartsick over hurting a friend.”

“There’s no accountability. There’s no oversight,” said Raiford, who was recently acquitted on a charge that she obstructed traffic during a Black Lives Matter protest.

“I hope this breaks down that culture.”

When O’Dea stepped up as chief in 2015, activists hoped he would prioritize reforms.

“We thought it was an opportunity for a new culture of accountability,” Raiford said. “Within one year, we’re not seeing that.”