Pot meet kettle: Joe Scarborough yells at CNN for 'kissing up' to Trump with 'unprecedented access' 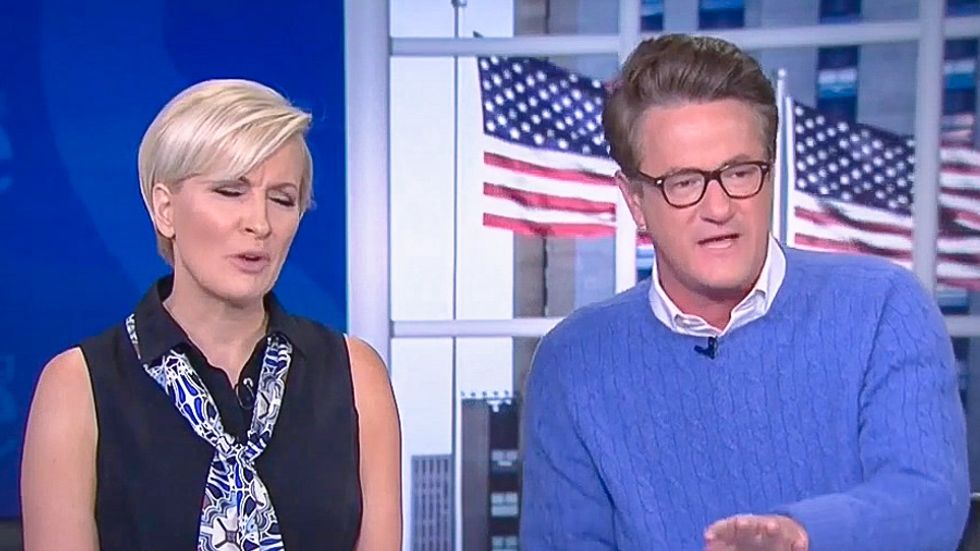 MSNBC's Joe Scarborough, who has been mocked throughout the primary season as Donald Trump's "lap dog," blasted rival network CNN on Monday for giving the candidate favorable access.

"Some would argue," co-host Mika Brzezinski said under her breath before adding, "I'll just leave it right there.

"CNN has given him just incredible unprecedented access," Scarborough ranted.

"Nobody who's covered the Trump run could fail to notice the increasingly hot-and-sweaty ménage a trois between the candidate and Mika and Joe," Taibbi wrote in February. "Even their on-air performance at the town hall last Wednesday was such a craven display of bumlicking and softballing that media critics all over the country denounced them for it."

"But even assuming that it's OK for someone like Scarborough to be something less than neutral, being an advocate is different from being a slobbering yes man," Taibbi said. "There was a time in the journalism business when it was considered at least somewhat embarrassing to be caught openly shilling for a politician."

Watch the video below from MSNBC's Morning Joe, broadcast May 23, 2016.