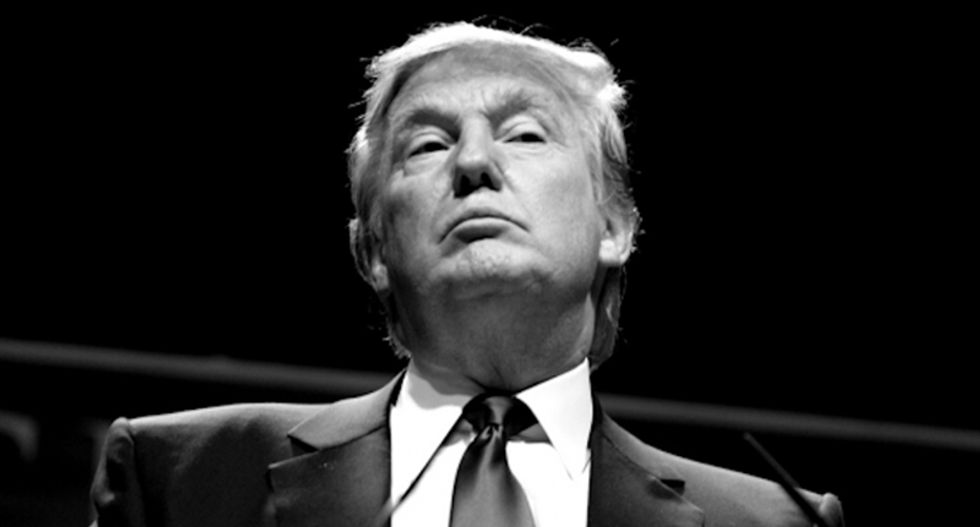 Donald Trump easily won the Washington state primary on Tuesday, but his victory was overshadowed by violence outside a rally in Albuquerque, New Mexico, where protesters smashed windows and threw rocks at police.

Twenty minutes after polls closed in Washington, Trump had won 76% of primary voters with 59% of precincts reporting. John Kasich and Ted Cruz, both of whom have dropped out of the race, had won 10% each.

Trump’s victory will leave him with only a few dozen more delegates to win in order to reach the magic number of 1,237 required to cement the nomination.

There were early posts on social media reporting gunshots and tear gas, but the Albuquerque police department said those were inaccurate. Nonetheless, police horses were deployed to control the large crowd of protesters, and some reports showed pepper spray being deployed. The door to the convention center where Trump was speaking was also smashed.

More than an hour after Trump had finished speaking and left for California, where he will campaign for the next few days in the run-up to the state’s 7 June primary, hundreds of protesters still thronged the streets, waving Mexican flags, lighting fires and chanting.

Trump is the only remaining candidate campaigning for the Republican nomination, but Kasich and Cruz were also on the ballot in Washington, having suspended their campaigns after the ballots were printed.

Dr Ben Carson was also on the ballot because he reportedly never officially submitted a withdrawal of his candidacy to the state.

Despite this, the delegates are bound by state party rules to vote for Trump on the first ballot at the national convention, US senate candidate and former chairman of the Washington state Republican party Chris Vance, who was at the convention, told the Guardian.

However, with seven upcoming primaries, including New Jersey and California, Trump is expected to easily overtake the delegate mark needed to win the nomination on the first ballot at the convention in Cleveland in July, avoiding a contested convention.

In a strange quirk of party politics, the Democrats also held a presidential primary in Washington on Tuesday, but it didn’t matter in the slightest because the Democratic delegation from Washington was already settled by a caucus in March, at which Bernie Sanders beat Hillary Clinton 73% to 27%.

Interestingly, in the Democratic primary – which was admittedly meaningless as it has no bearing on the number of delegates as opposed to the caucuses – Clinton won comfortably, 53.63% to 46.37%, implying that perhaps Democratic voters want the primary season to be, finally, over with.