Rachel Maddow: Trump is so unpopular voters like him less than lice -- by nearly 30 points 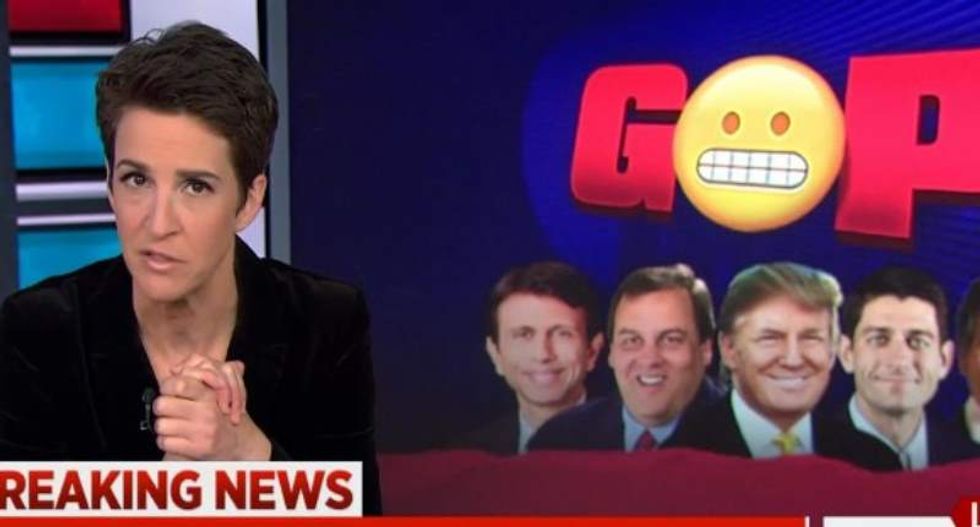 Never mind Hillary Clinton; as MSNBC host Rachel Maddow reported on Monday, Donald Trump is viewed more negatively than lice -- by 26 points. And it got worse.

"Not to nitpick, but this new national polling also finds that Mr. Trump is viewed less favorably than not just lice, but also traffic jams; used car salesmen; hipsters; the DMV; jury duty; the band Nickelback; and also root canals," she said.

Maddow explained that she obtained the survey results from Public Policy Polling (PPP) late in the day, and assured her viewers that the poll was legitimate.

"I am not making this up to entertain you," she said. "Even though I am sometimes tempted to do things like that, this is real."

On the bright side for Trump, Maddow pointed out that the presumptive Republican front-runner was polling better than cockroaches and hemorrhoids -- albeit by less than 10 points in either case. Among female voters, though, even that polling turned negative.

"Women voters actually prefer both cockroaches and hemorrhoids to Donald Trump," she noted. "Weird. Turns out there's a gender split on those particular issues."