Rights -- not rescue: Want to know what sex workers want? Try asking them 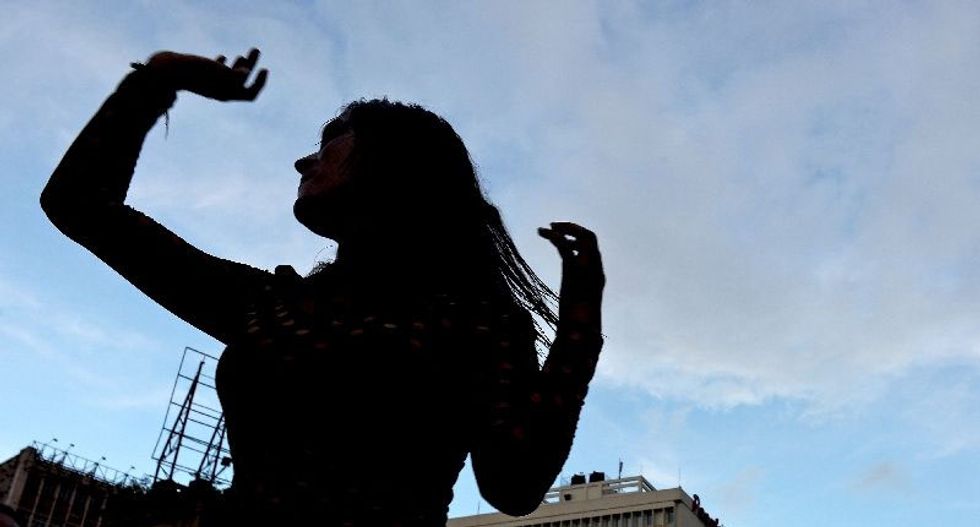 Last night, Amnesty International released a highly anticipated policy paper, calling on governments around the world to “decriminalize consensual sex work,” and for governments to include sex workers themselves in the development of laws that impact their lives and safety.

But almost every word in the phrase “decriminalize consensual sex work” is pretty loaded.

First of all, what does “decriminalize” mean in this context? According to Amnesty International, it means, “The removal of laws and policies criminalizing or penalizing sex work,” including “laws and regulations related to selling and buying or organizing sex work, such as solicitation, renting premises, “brothel keeping” and living off the proceeds of “prostitution.” Amnesty states clearly that decriminalization “does not mean “the removal of laws that criminalize exploitation, human trafficking or violence against sex workers. These laws must remain and can and should be strengthened.” In fact, the organization believes decriminalization will help strengthen anti-trafficking laws, because criminalization of sex work can “hinder the fight against trafficking—for example, victims may be reluctant to come forward if they fear the police will take action against them for selling sex … Several anti-trafficking organizations including Freedom Network USA, the Global Alliance Against Traffic in Women and La Strada International believe that decriminalization of sex work would have a positive role to play in the fight against trafficking.”

Another quick distinction: “decriminalization,” which means the removal of laws, is different from “legalization,” whichmeans the introduction of new laws specific to sex work to “formally regulate it” (such as in Nevada, where legal brothers exist, but laws prohibit independent sex workers). Amnesty says that it “is not opposed to legalization per se; but governments must make sure the system respects the human rights of sex workers.”

Next, what does “consensual sex work” mean? Amnesty writes: “We use the term ‘sex work’ only for consensual exchanges between adults,” so the term “consensual sex work” is a bit redundant, but gets the point across. Their use of the term sex work is significant. Opponents of decriminalization tend to use the work “prostitution” because labeling it work legitimizes it as consensual, which they don’t believe it ever to be.

The controversy over Amnesty’s stand on sex work began nearly a year ago, in August 2015, when 500 Amnesty delegates from 80 countries voted in favor of decriminalization. An alliance of organizations and high-profile individuals like Lena Dunham and Gloria Steinhem, who support the abolition of all “prostitution” through criminalization of “clients”–those who solicit sex–opposed Amnesty’s recommendation.

Both sides want to protect people who engage in sex work from harm, including the harm of arrest. But they disagree about what is in the best interest of sex workers themselves. Those on the side of ending “prostitution,” as they see it, advocate for a legal framework used in Norway and Sweden, referred to as the Nordic Model, which criminalizes the buying of sex work. But Amnesty and other groups that want to decriminalize sex work believe that the Nordic model ends up punishing sex workers anyway.

Amnesty’s researchers spoke to people in Norway, including 30 sex workers, and found that the model leads to sex workers being evicted and deported. They are less able to access health services, safely negotiate with clients, and carry condoms without fear that they will be used as evidence of “prostitution” against the men that use their services (A 2014 study in the Lancet found decriminalization to be the single most effective way to reduce new HIV infections among female sex workers over the next decade).

“If a customer is bad, you need to manage it yourself to the end. You only call the police if you think you’re going to die,” one sex worker told Amnesty. “If you call the police, you risk losing everything.”

Sebastian Kohn, a program officer with Public Health Program at the Open Society Foundations, stated in response to Amnesty’s policy, “The Open Society Foundations’ Public Health Program has long supported the decriminalization of sex work, heeding the global demand from sex workers for ‘rights—not rescue.’ Treating either the sex worker or the client as criminals only drives sex work underground, away from safety and services. Criminalization of sex work does not eradicate the sex industry; it just puts people at greater risk of harm.”

Luca Stevenson, Coordinator of the International Committee on the Rights of Sex Workers in Europe, also shared withThe Influence his support for Amnesty’s policy, which he sees as “two-fold—on the one side calling for decriminalization, but also calling to do more to tackle gender inequality, transphobia, discrimination against drug users and immigrants, and other forms of oppression”—that make it difficult for people to find employment other than sex work in the first place.

In the New Statesman, Laurie Penny goes a step further, arguing that seeing sex work as a “job like any other” might be an important step in recognizing the exploitation inherent in work itself. “The question of whether sex workers can meaningfully give consent can be asked of any worker in any industry, unless he or she is independently wealthy. The choice between sex work and starvation is not a perfectly free choice—but neither is the choice between street cleaning and starvation, or waitressing and penury.” She states that the conversation about “consensual” sex work might open up a broader conversation about work itself, and whether “a person desperate for cash can meaningfully consent to work.” That’s why, she says, “the term “sex work” is essential. It makes it clear that the problem is not sex, but work itself.”