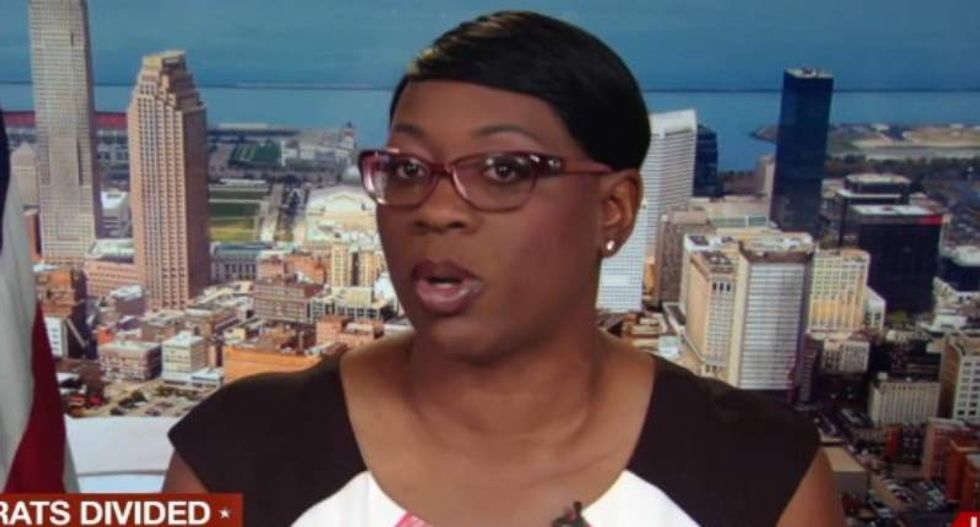 "I'm a little miffed; I really can't understand her tone toward Senator Sanders, and I know the chairwoman, so I don't know what's going on," Turner said, adding, "There is a tension building. People are not going to just sit back and accept business as usual."

The congresswoman has criticized Sanders' response to the unrest at the Nevada Democratic Party convention last weekend, saying it was "anything but acceptable."

Sanders, who is trailing former Secretary of State Hillary Clinton in an increasingly tense contest for the party's presidential nomination, has released a statement saying that he "[condemns] any and all forms of violence, including the personal harassment of individuals," while also saying that an apartment complex used by campaign staff in Nevada was "ransacked," and that shots were fired into his state campaign office there, an accusation Turner repeated during her discussion with Hall.

"There's a responsibility to disavow that kind of behavior as well," Turner said.

"Do you know who 'shot up' the office, as you just said?" Hall asked. "You bring it up, so I'm asking you: who do you think is responsible? Was it ignored? Was it not investigated? You're throwing it out there, so I'm gonna hand it back to you to explain who you believe is responsible. Did the police drop the ball? Are they not properly investigating it? Were there charges? Did Senator Sanders' campaign office there file a complaint? What happened?"

Hall also read from a story stating that there was no bullet found at the office in question. According to KLAS-TV, the incident was reported to local police in January, and staff members reported spotting one bullet hole in a window. Officials did not find a bullet but did take a report for malicious destruction of property.

"I went to that office -- I saw the bullet holes in the glass," Turner insisted. "I'm not sure what the police found, but the bottom line is this: Senator Sanders didn't blame that on Secretary Clinton or her folks, or her supporters. He did not do that."