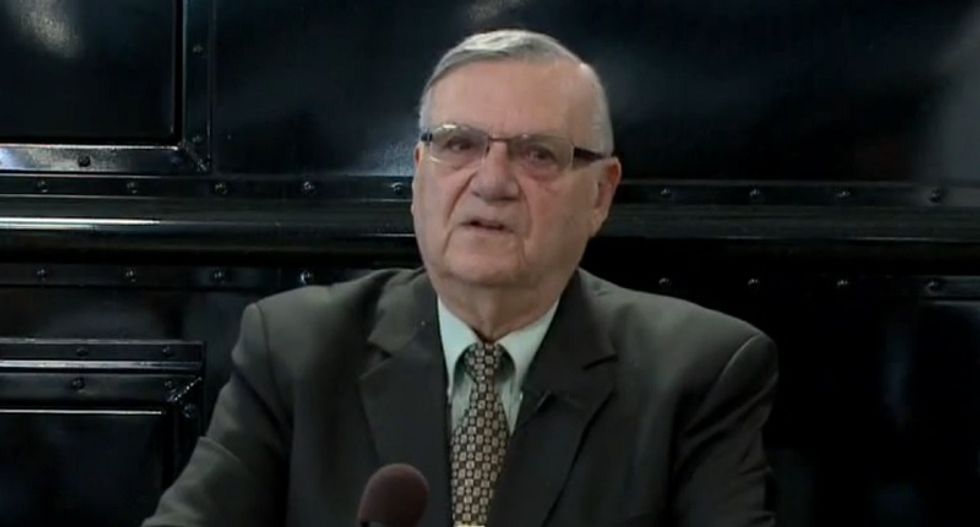 Arizona sheriff Joe Arpaio insisted he will run for a seventh term as Maricopa County sheriff, despite facing possible criminal charges after being held in contempt of court for flouting a judge's orders, 12News reports.

Arpaio has already racked up a $40 million bill to taxpayers in his five-year court battle after being sued for -- and found guilty of -- racial profiling. Last week, a federal judge found Arpaio to be in contempt for violating orders. This sets the stage for criminal proceedings.

Arpaio remained defiant when interviewed by 12News, insisting that his legal troubles were not his fault, but the fault of "the government" and the plaintiffs in the civil case.

"I'm not going to get into the reasons but maybe you ought to blame the people who caused this to occur, like the government," Arpaio told 12News. When reporter Joe Dana pressed him to explain, Arpaio said, "Well, let's say who brought the lawsuits and why and so on. So I am not going to talk about it. It will be more clear as we progress in the judicial system right now."

Dana wanted to know why, after costing the county millions of dollars for violating the law, Arpaio would put the people through another term as Maricopa County's top law enforcer.

"I report to the people," Arpaio responded. "There's over 4 million that happen to like the sheriff for the last 24 years... I get more support now on the streets wherever I go."

Arpaio was found in contempt for failing to collect and turn over evidence to the court and failing to stop enforcing immigration law, as ordered by U.S. District Judge Murray Snow.

His comments seem to fall in line with a Department of Justice report in April that found, "In the past eight months, MCSO has made little progress in crucial areas .... More troubling still is MCSO's lack of collaboration and transparency with the monitor and parties." The document also states, "these are unacceptable timeframes -- perhaps most unacceptable for the many communities that make up Maricopa County, for whom these delays amount to the denial of constitutional policing."