SNL ridicules NRA endorsement of Trump: Obviously 'they didn't do a background check on him' 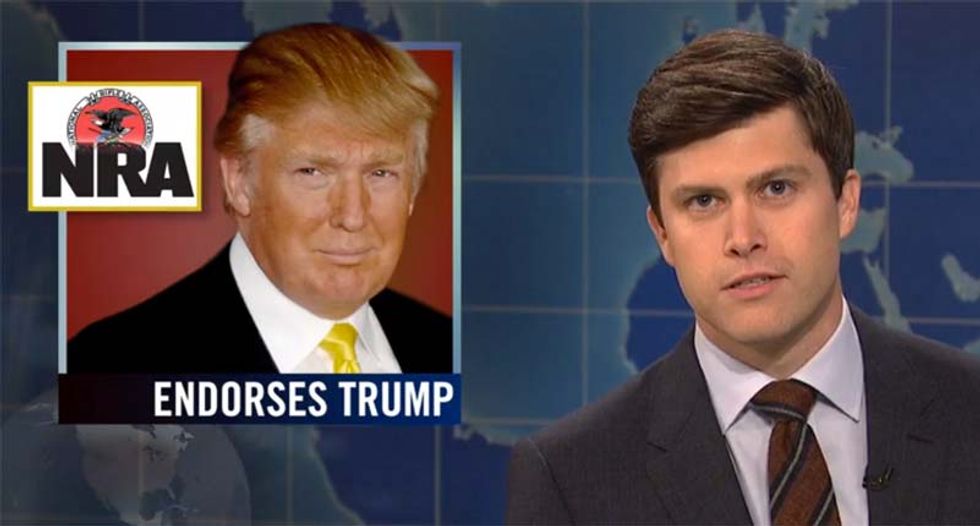 Anchor Colin Jost ridiculed the endorsement, saying, "I assume they didn't do a background check. If they had, they would have seen that when President Obama called for gun control in the wake of the Newtown shooting, Trump tweeted: 'President Obama spoke for me and every American in his remarks in #Newtown Connecticut.'"

That led to a brilliant rant by Michael Che directed at the NRA's accusation that Hillary Clinton wants to destroy the 2nd Amendment, with Che noting that "no one wants to take your guns away, except maybe a curious toddler which is why maybe Hillary Clinton is trying to prevent this."