'The Shield' actor taunted wife before shooting her to death, court told 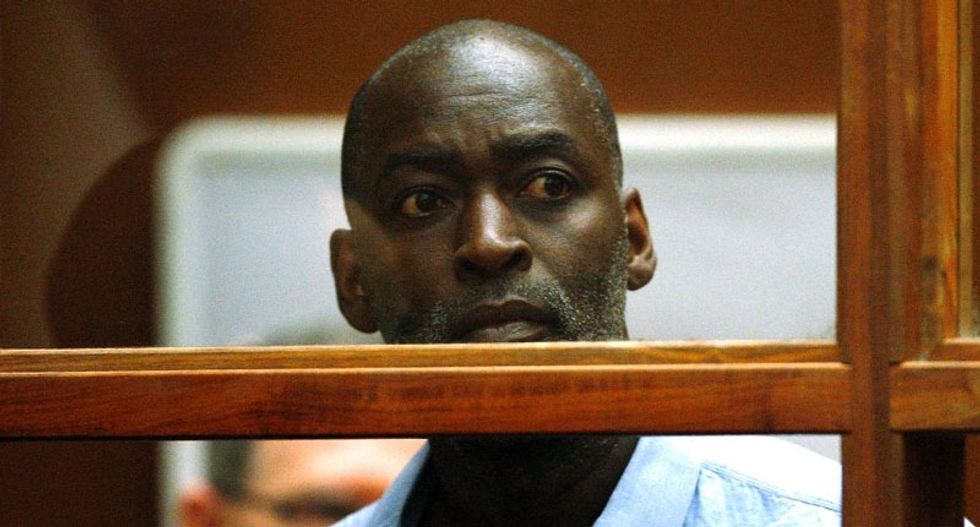 US actor Michael Jace gunned down his wife in front of their children at their Los Angeles home after taunting her over her request for a divorce, a court heard.

April Jace was able to stagger away after being hit in the back, only for her husband to shoot her twice more, Deputy District Attorney Tannaz Mokayef told the trial in LA.

"You like to run so much. Why don't you try running to heaven?" Jace taunted his keep-fit enthusiast wife before shooting her in the legs, according to the prosecutor.

The 53-year-old, famous for his part in police drama "The Shield" and big-screen roles including in "Forrest Gump", faces 50 years in jail if convicted of murder over the 2014 shooting in the Hyde Park neighborhood.

His defense team doesn't dispute that he killed the victim but says data from her iPhone 5S could provide insights into his state of mind as he gunned her down.

Her smartphone does not have the robust security that prompted the FBI to demand Apple's help cracking a newer model during the investigation into the December 2015 San Bernardino mass shooting.

The jury heard that Jace believed his wife, a financial aid adviser, was having an affair and that she had asked for a divorce.

The couple's two sons were taken into protective custody after Jace was arrested in the early hours of May 19, 2014.

"What you will hear is a really sad story of obsession and control," Mokayef said, adding that the actor had "been out of work for a while" when the fight broke out.

"The defendant did not want her to leave, or the divorce," she said.

The two had exchanged text messages throughout the day, including one in which Jace said he was at a friend's house when he was actually "at home waiting with a loaded gun," Mokayef said.

Jace dialed 911 himself, the court was told, a few minutes after texting his father-in-law to say: "Come get the boys. I shot April."

Hicks told the jury text messages exchanged between the couple earlier in the day would provide a crucial insight into Jace's mindset and demonstrate that the killing was not premeditated.

The actor, who split from his previous wife, Jennifer Bitterman, in 2002, filed for bankruptcy in 2011, citing debts of more than $500,000, with neighbors reporting that he struggled to find work since the end of "The Shield".

Besides "Forrest Gump", Jace appeared in "Boogie Nights" and "Planet of the Apes".

The TV series "The Shield" followed a movie of the same name in which he played officer Julien Lowe.

"I guess the overriding thing for why we were there that day is because they were certifying the fraudulent election that day, and so we went, to protest that," Watson said, adding that he was directed by InfoWars host Alex Jones to meet at the Capitol at 1 p.m.